Everyone seems to be enjoying the snow except us!  At least the weather has been dry, if somewhat cold and windy.

We've really enjoyed having quite a quiet time hear, the pups have all gone off to their new homes and have settled in well.  Have had a lot of updates and pictures - it's great to hear how things are going and see how their growing and changing.

We've not had any shows, none were planned with having the pups and it's been lovely to have a break from it too.  Do hope the dogs haven't forgotten what to do as our first shows will be Welsh Junior and then Crufts!

Cooper came down with his family yesterday for a walk and catch up, it was so lovely to see them all and the dogs all enjoyed their romp on the beach.  Hoping that Gerald might put some pics on here, as I didn't manage to take any.

I'm Rana, formerly Foxy.  Nearly 12 weeks old and looking forward to seeing more of the world outside my house and garden on Thursday 🐾

Hello from Tegan (Seahaven Bewitched) and her big half-sister Zoe! 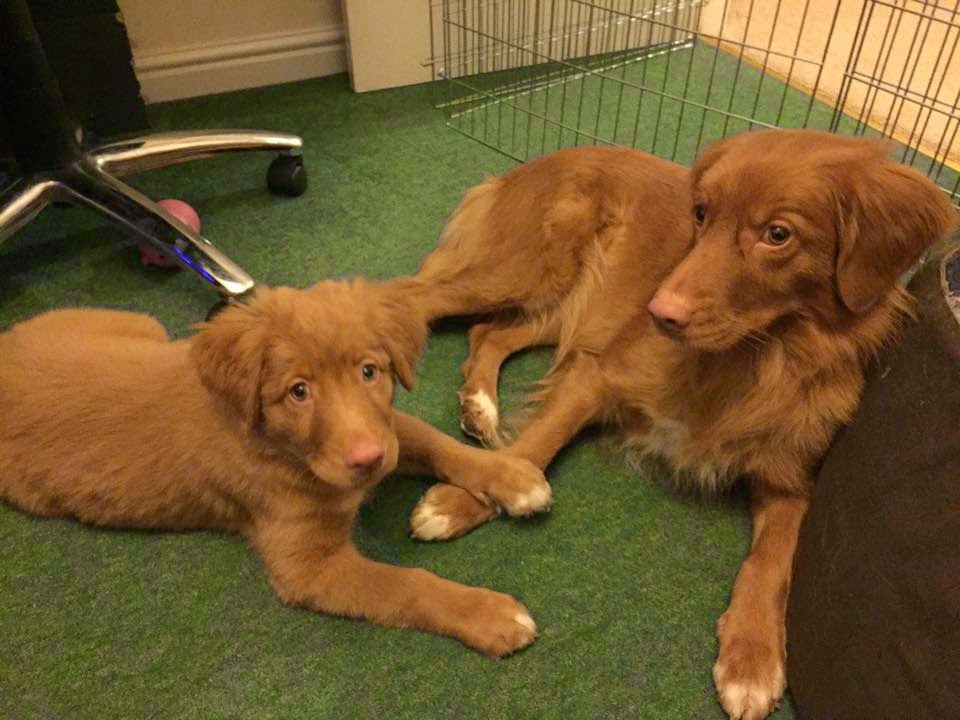 Being a Grown Up

Happy new year everyone :) Rookie has been celebrating in style by becoming a real life hunting boy. Very proud of him, but aside from basic obedience training it's natural to him, loving letting him do what's in his blood.

The obedience scene is non existent til May now, so we are just training at the moment. Nothing new to report on the trials training front, business as usual!

I am down to just the gundogs now, after losing my lovely (naughty) collie dog in December. Rookie has been such a comfort, don't think my goldie notices at all but Rookie has been missing her. She was the boss of them all, so there is noone to stop them running riot now!

Can't believe he'll be 3 years old in less than a fortnight! Mad how time goes. 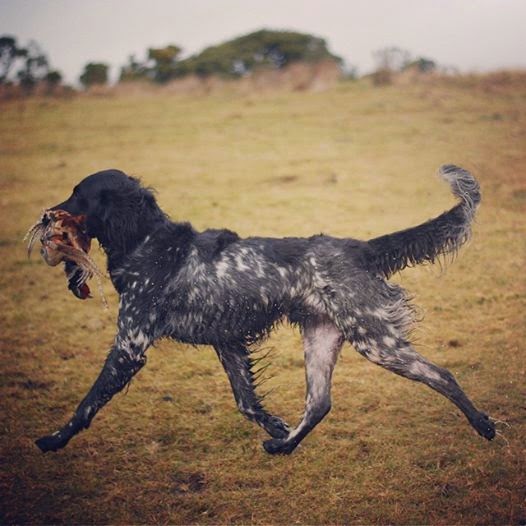 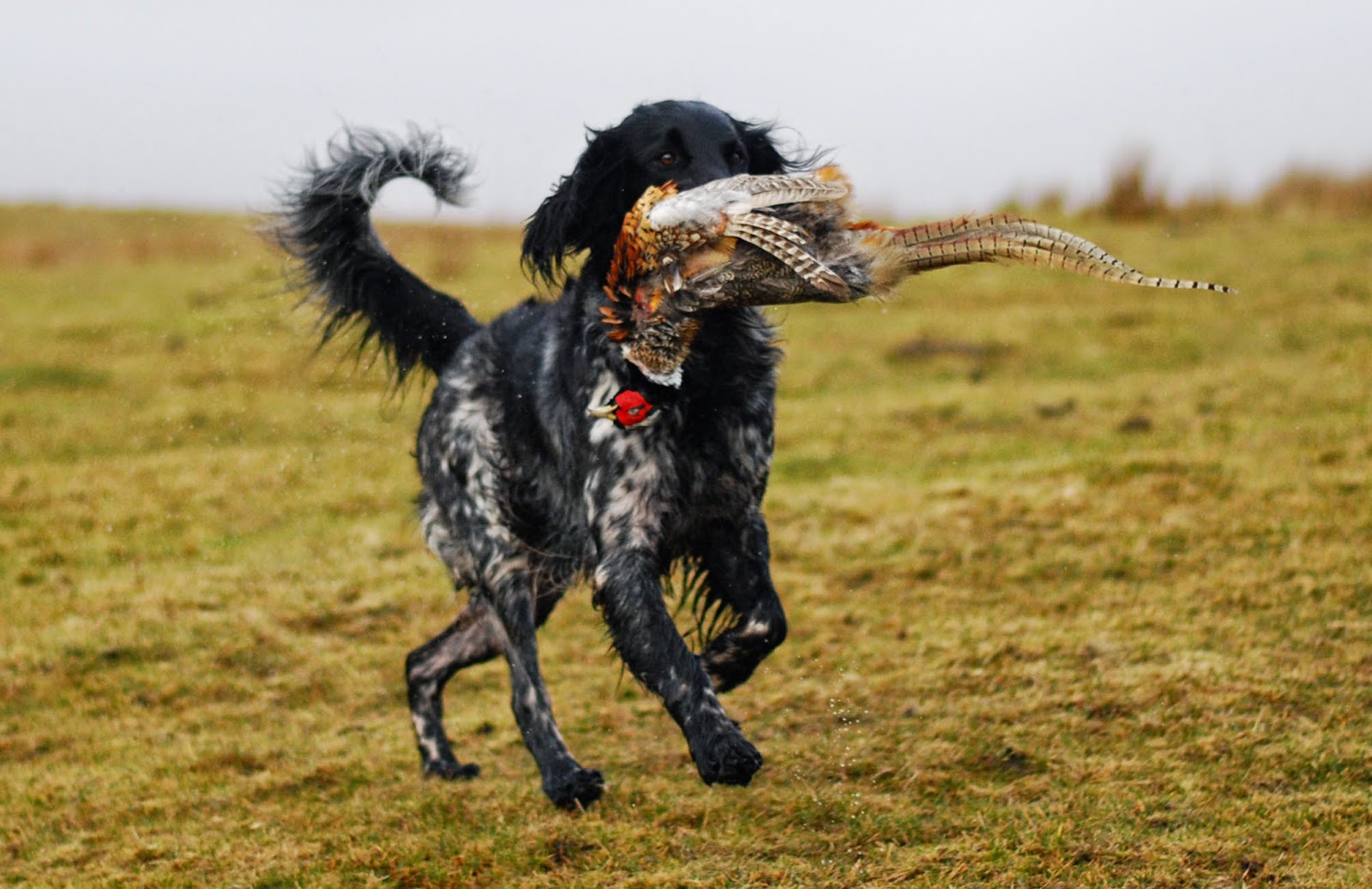 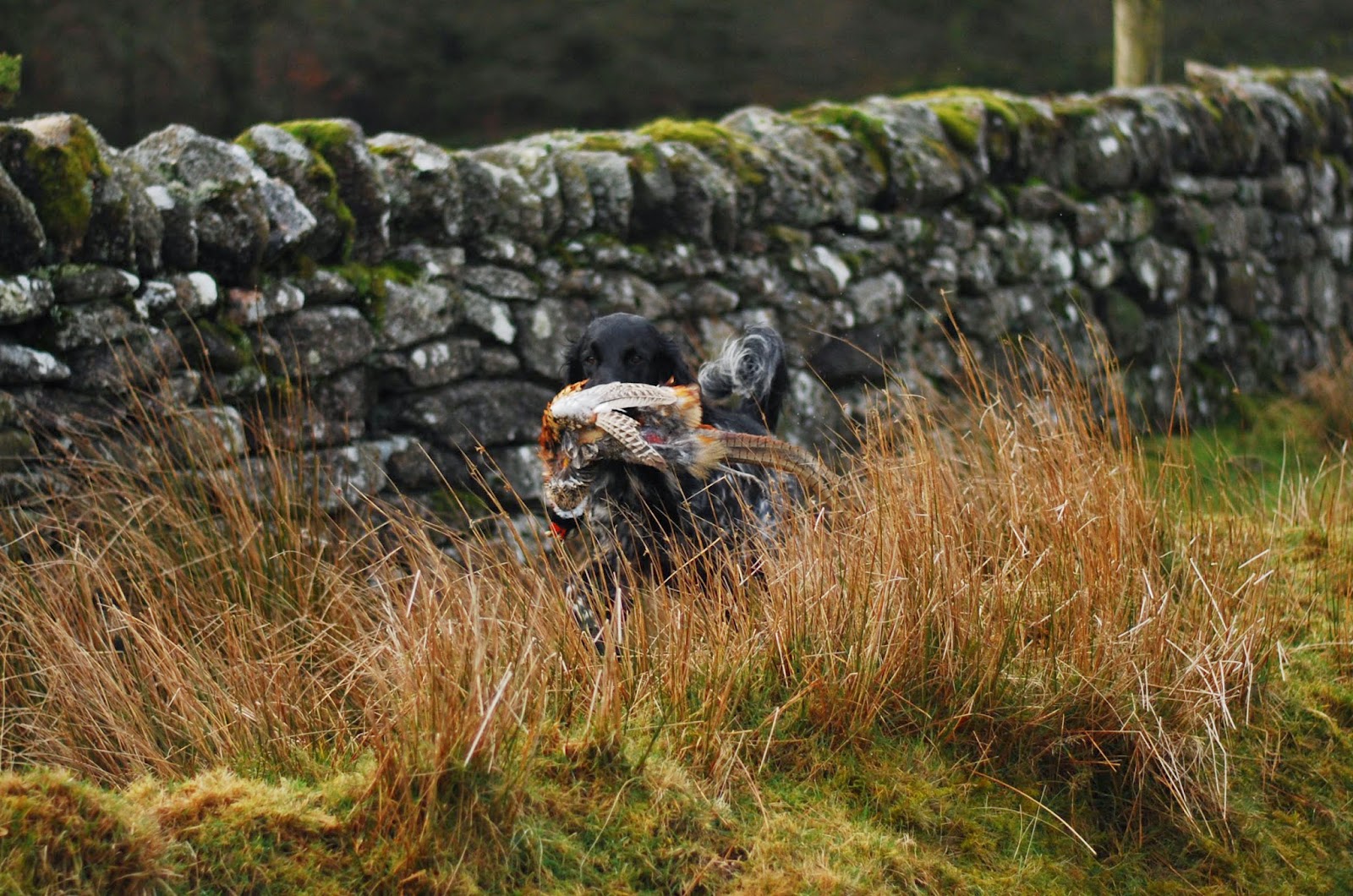 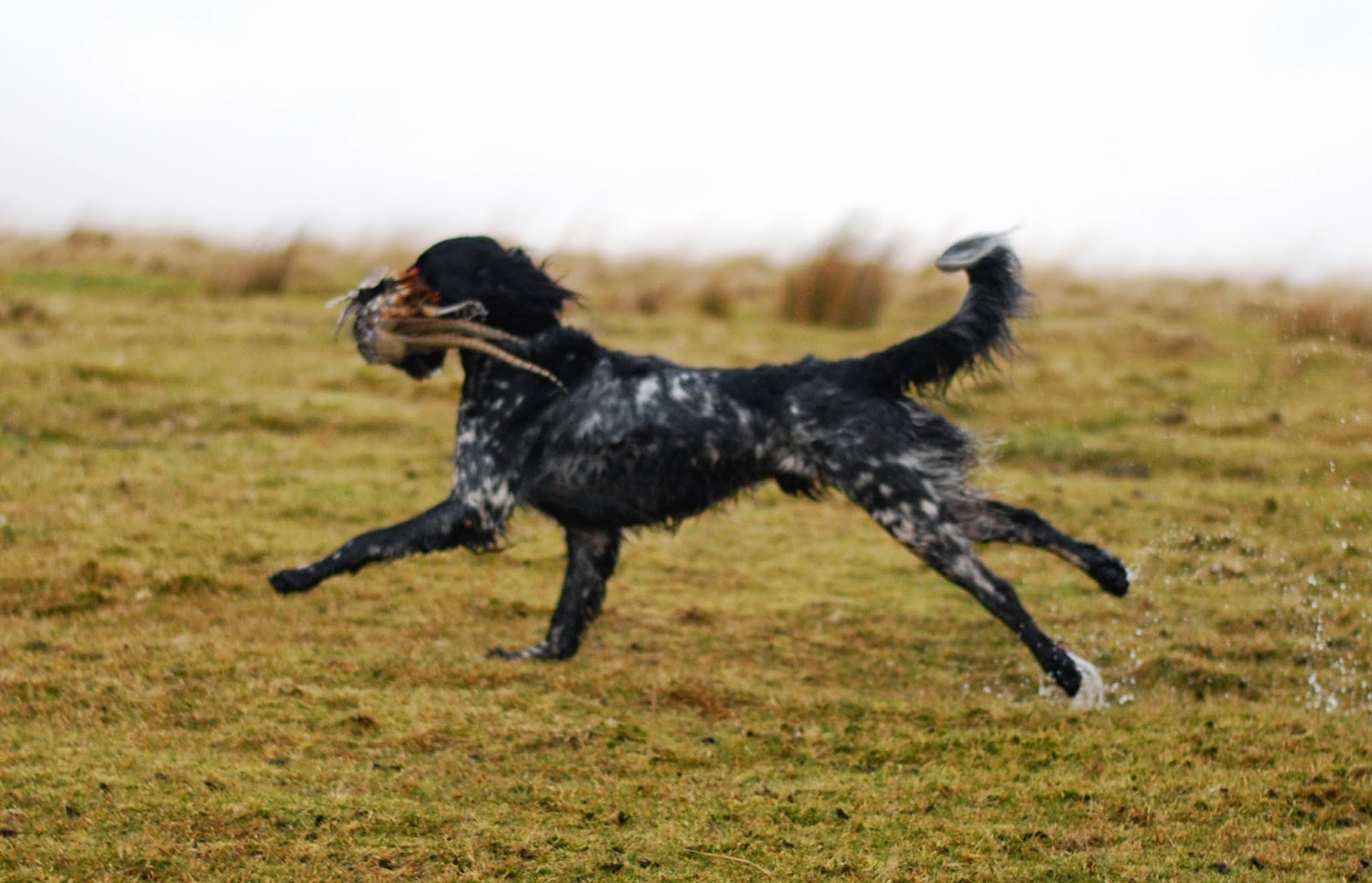 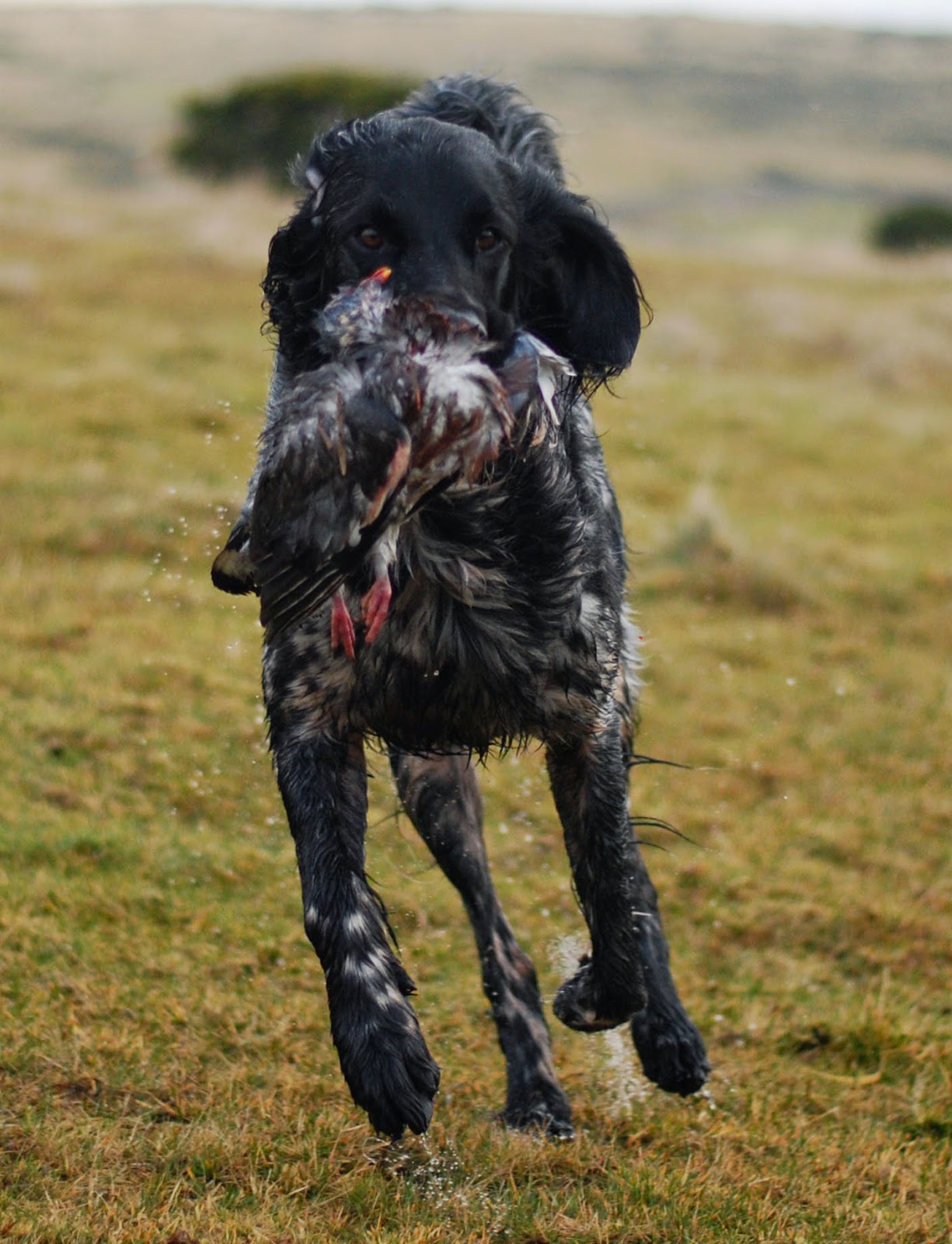 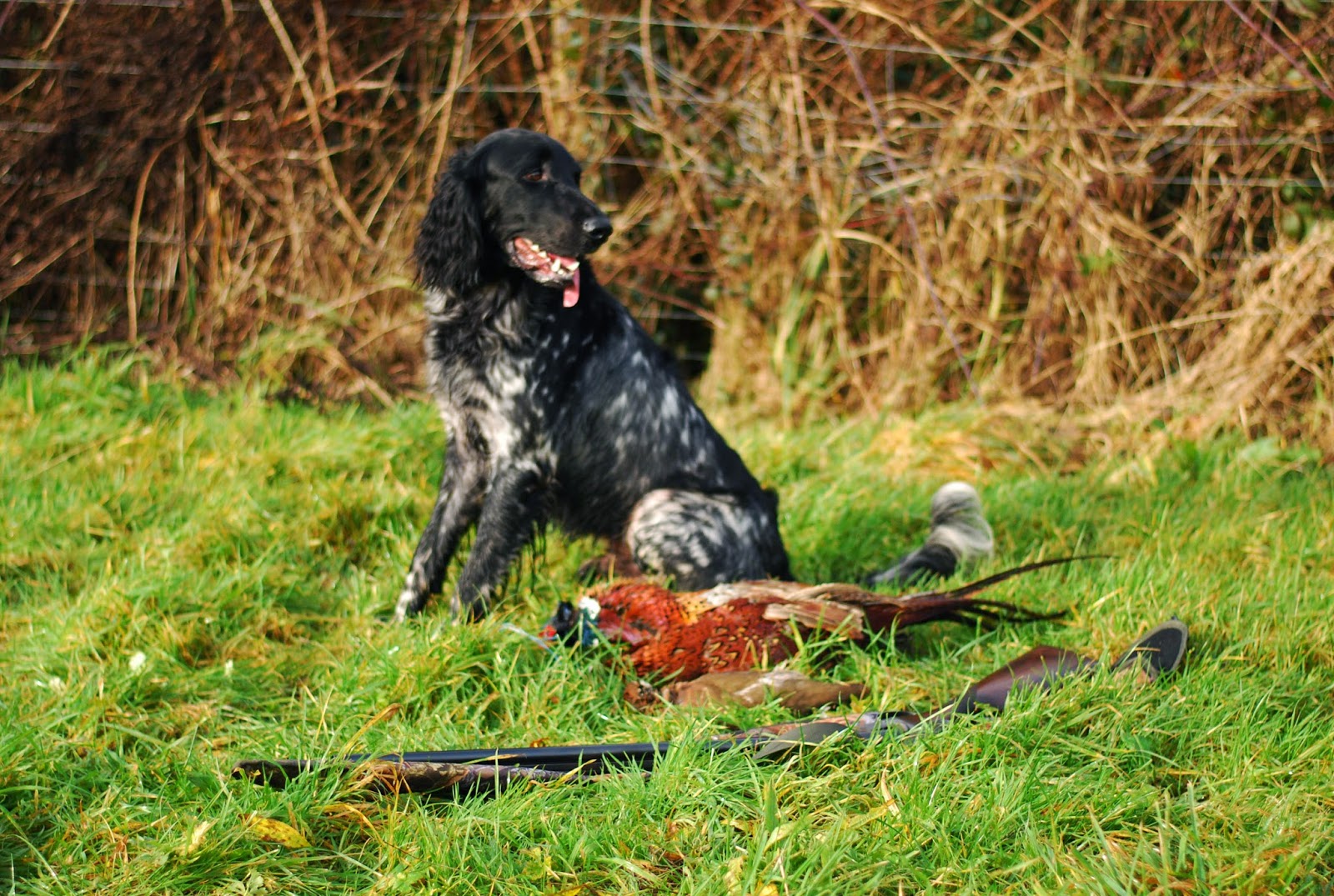 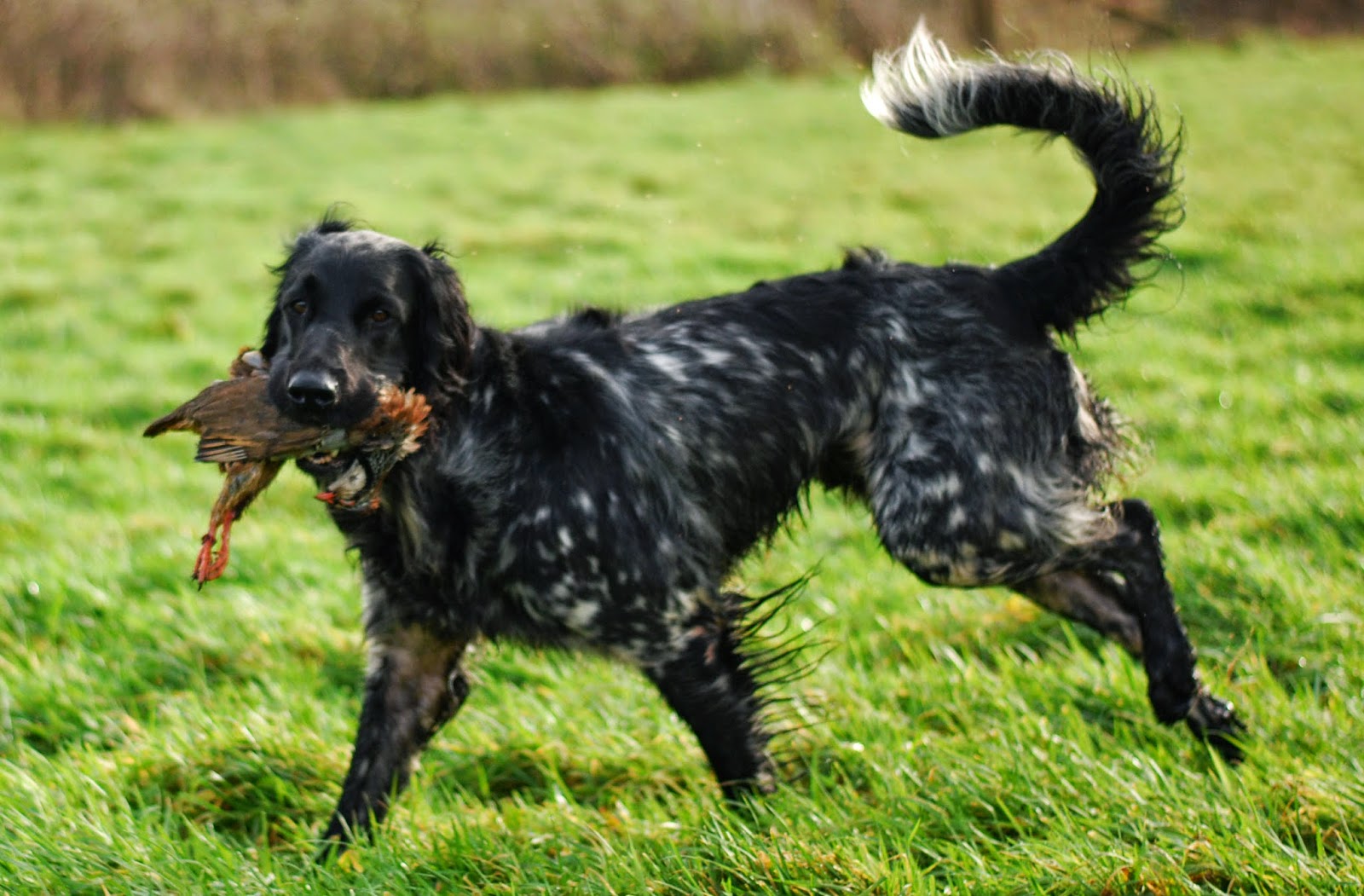 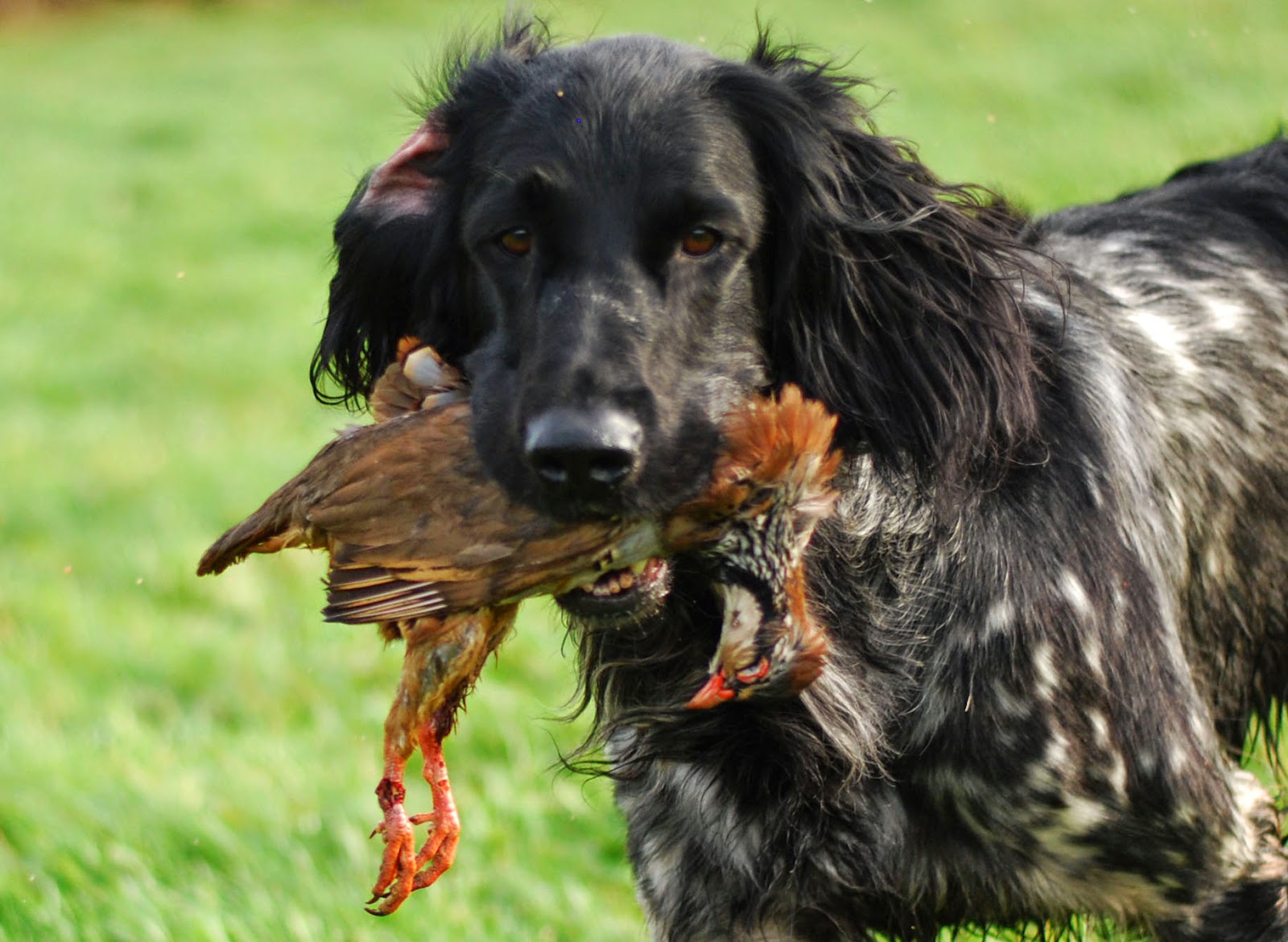 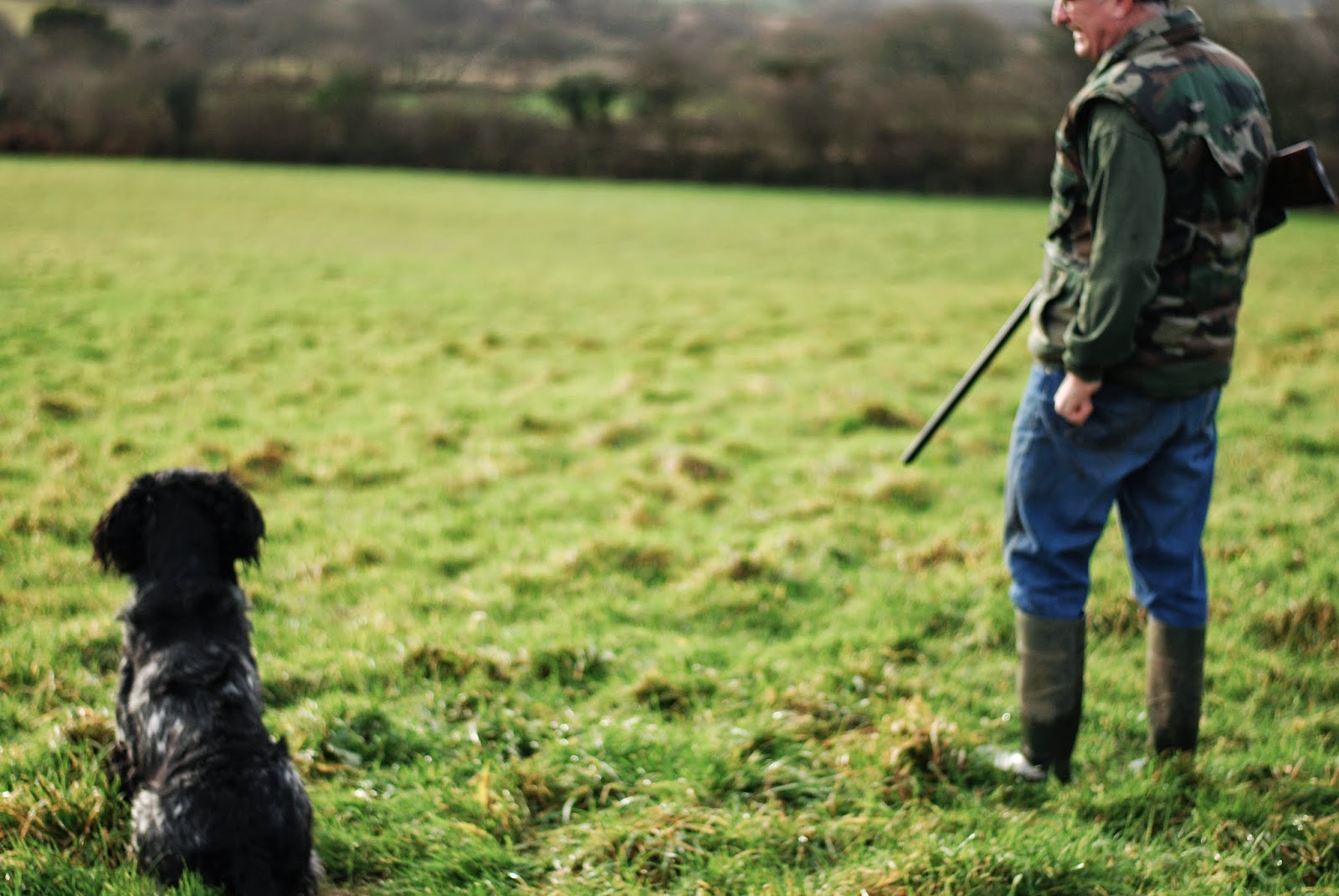 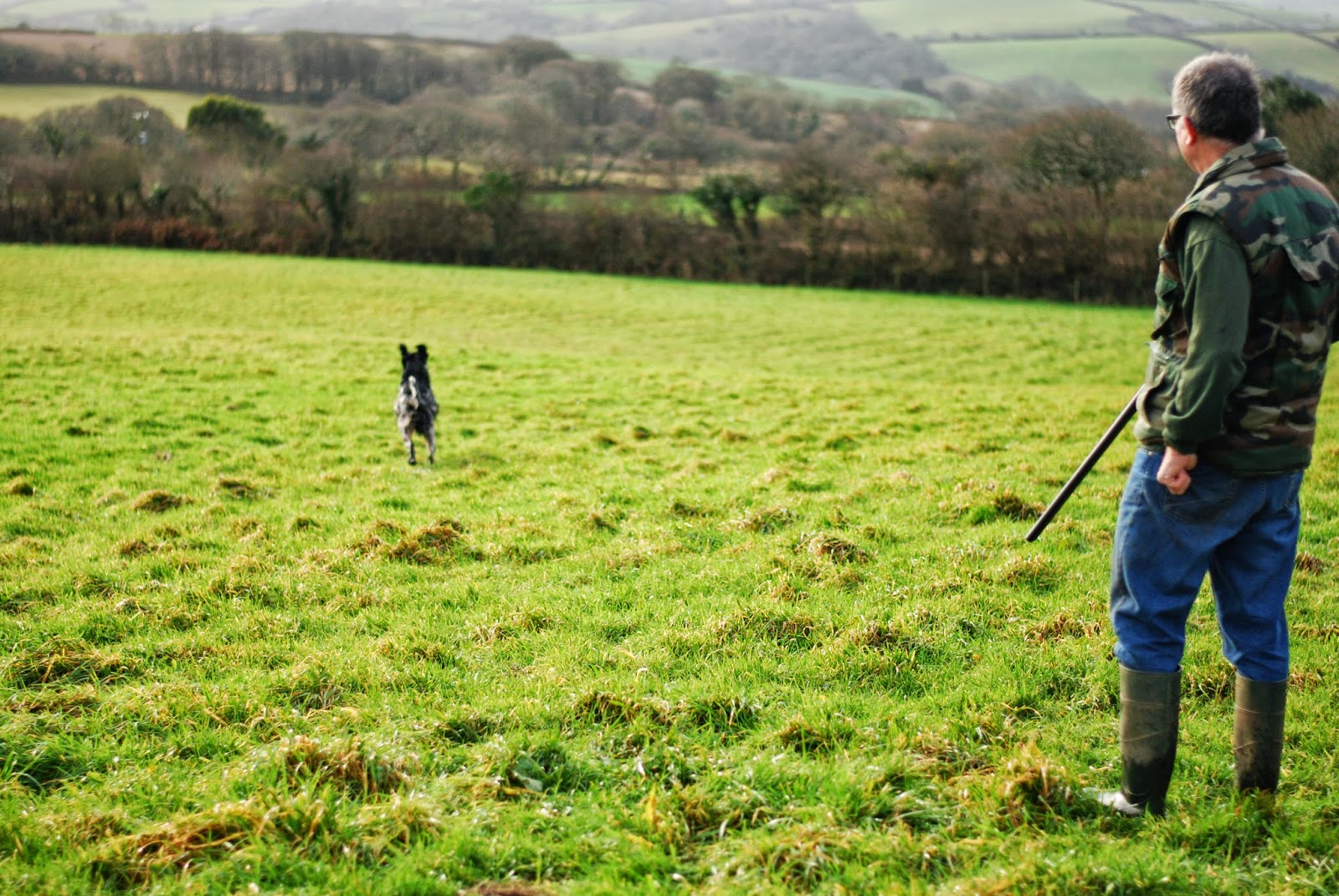 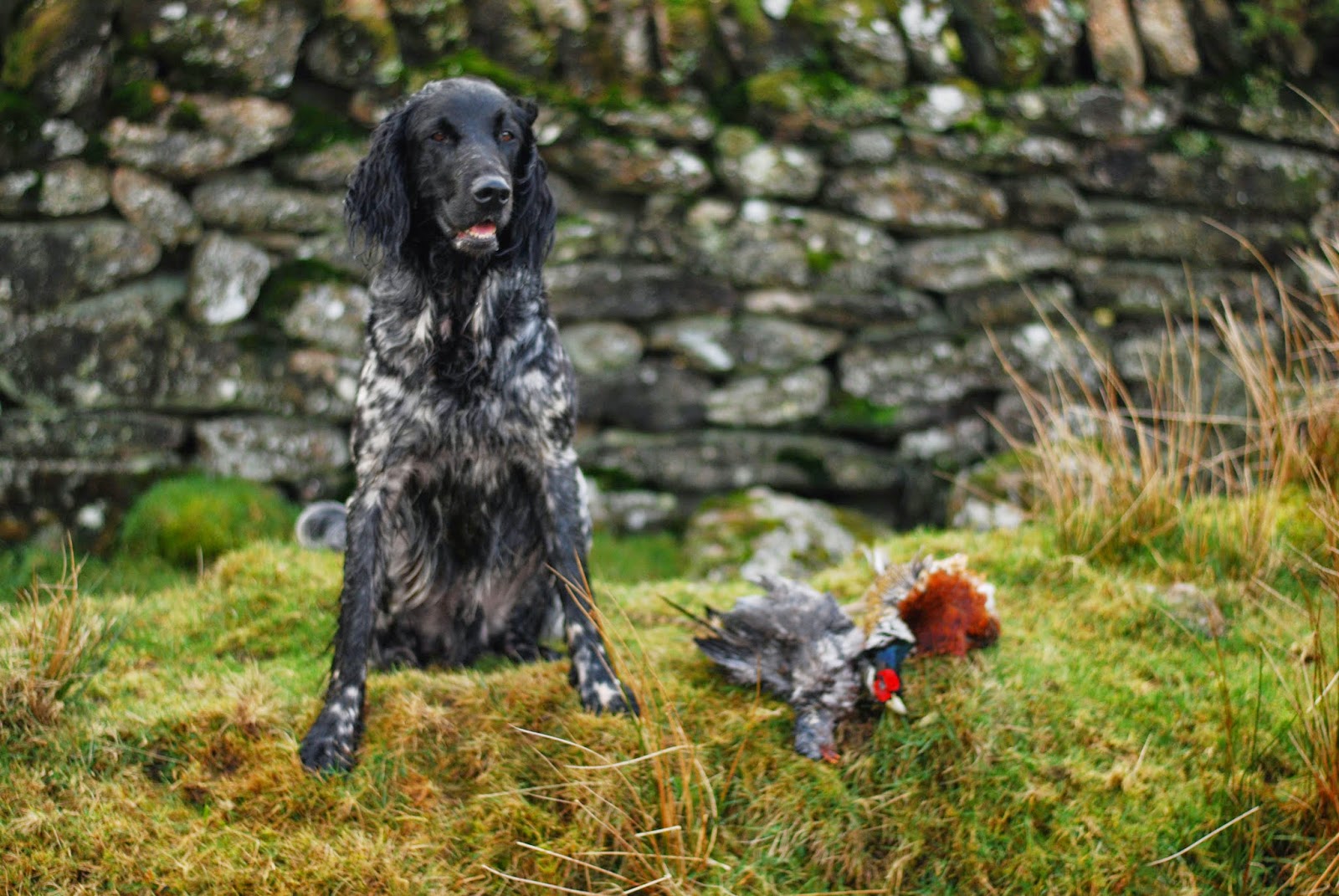 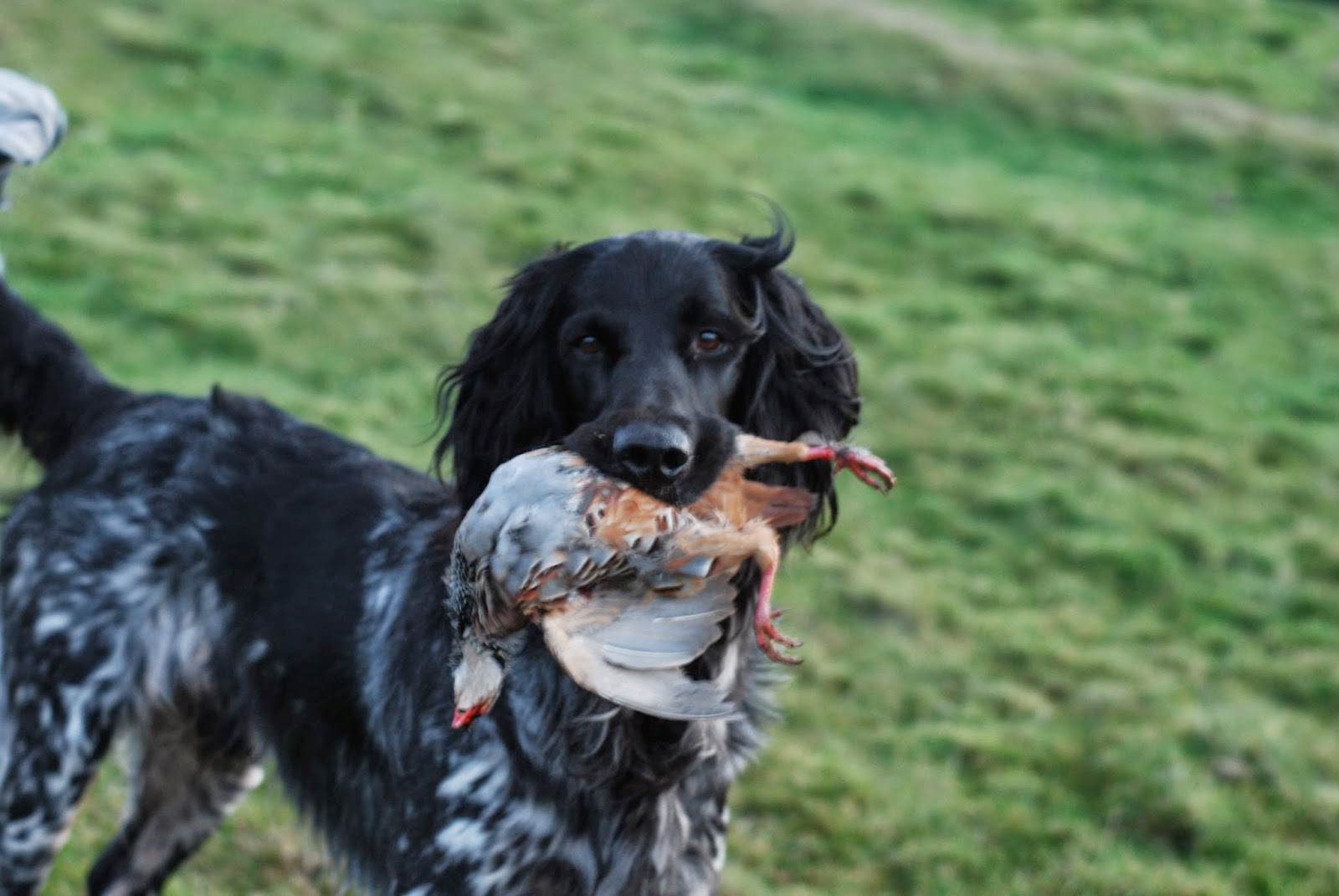 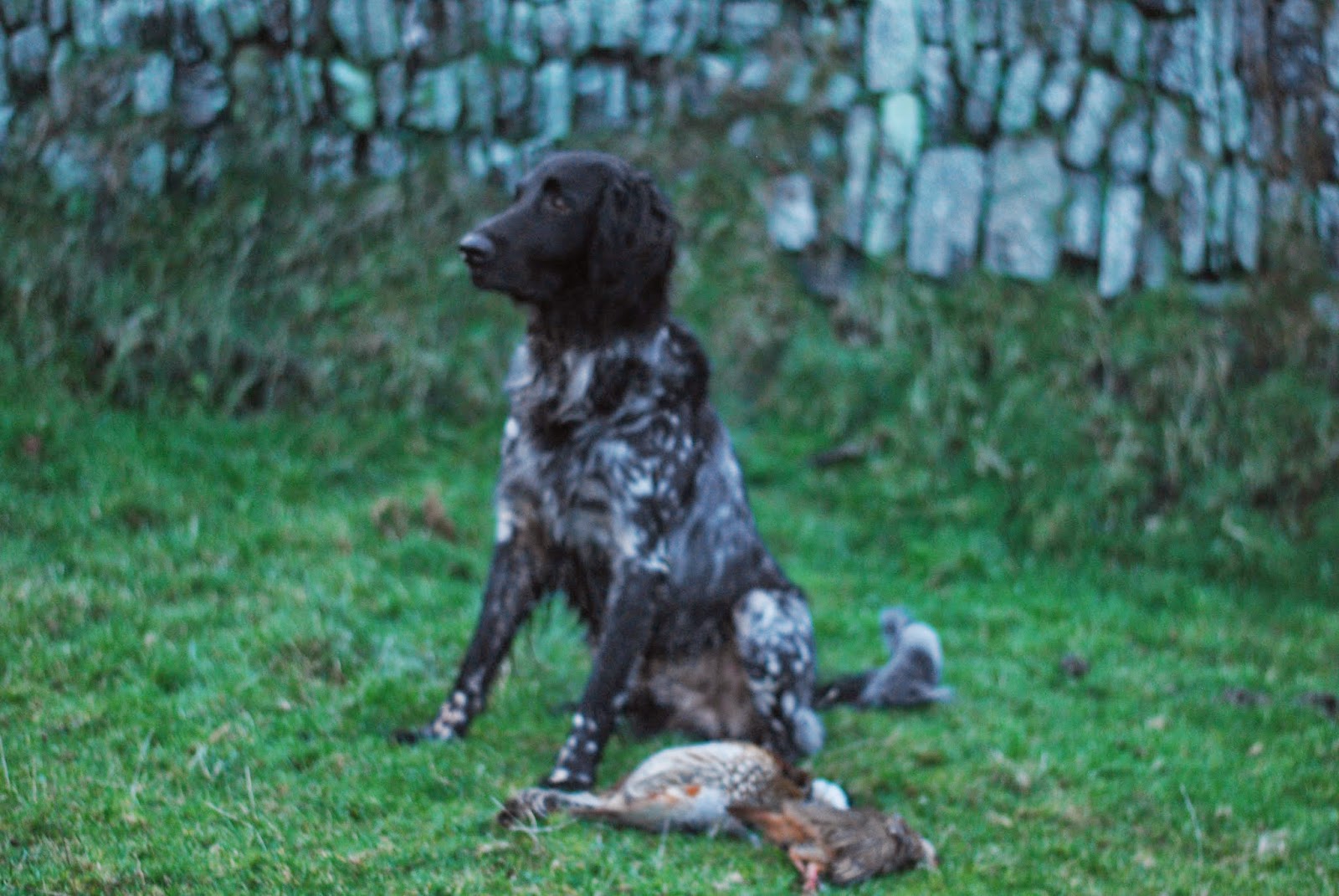 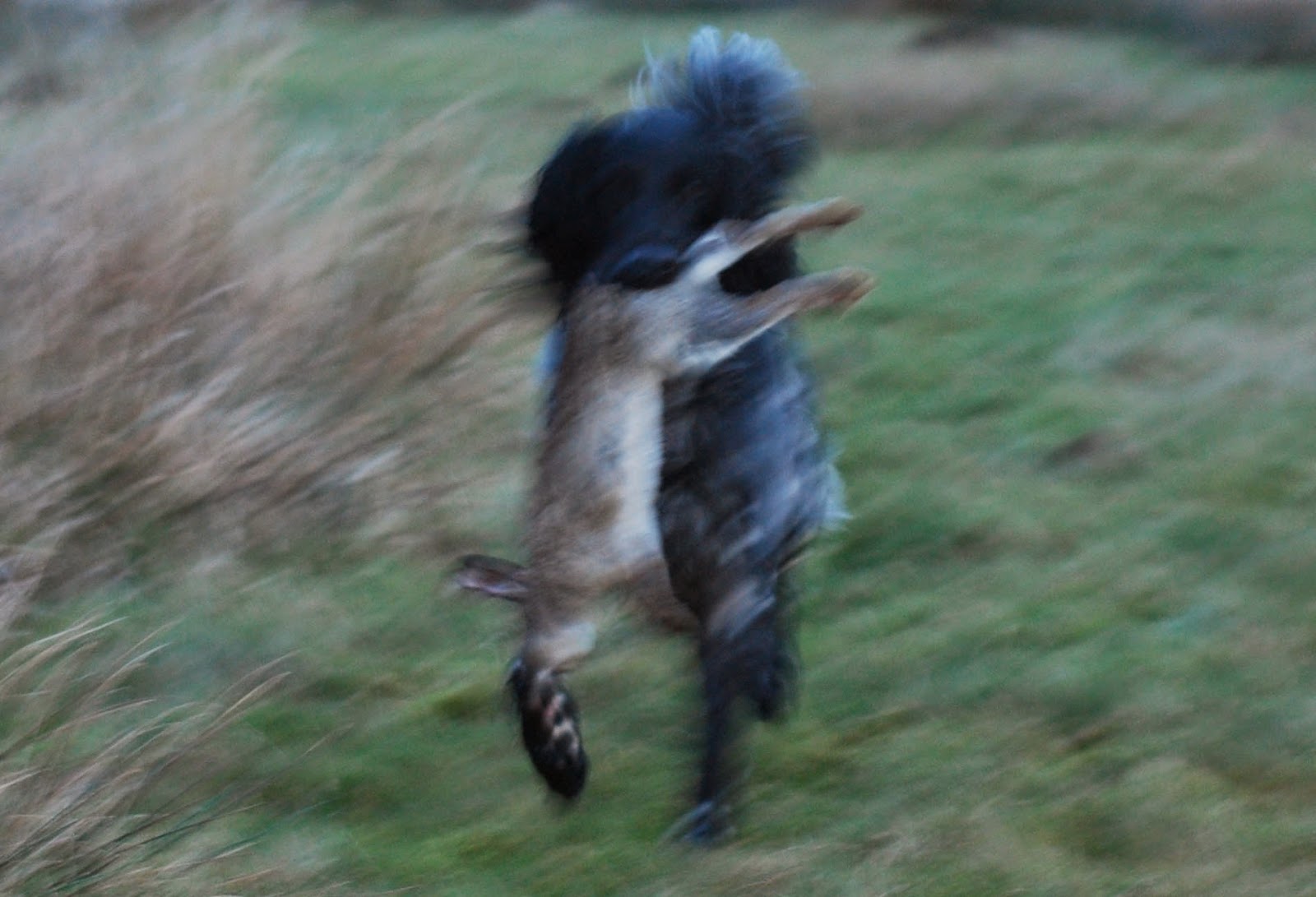 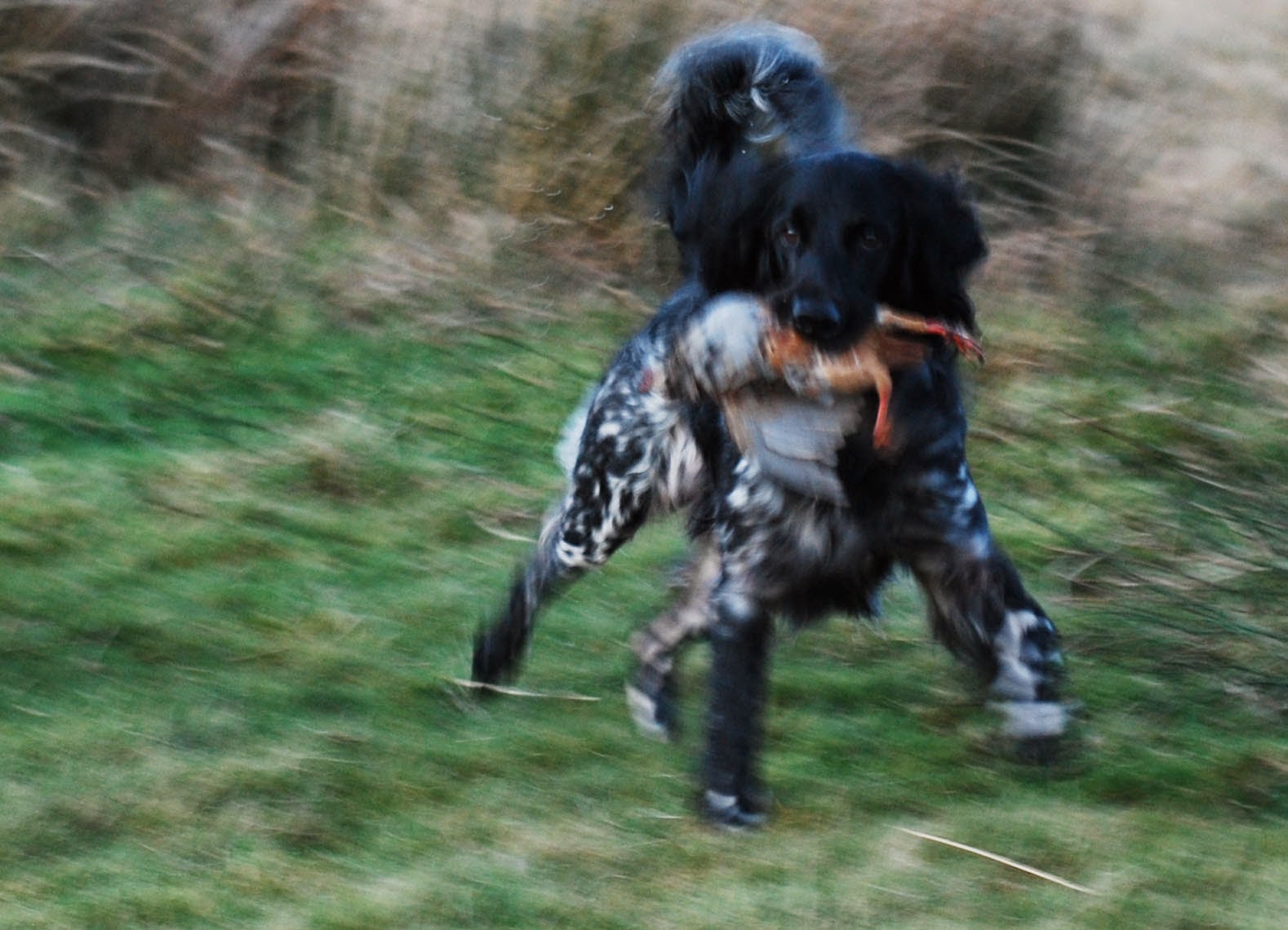 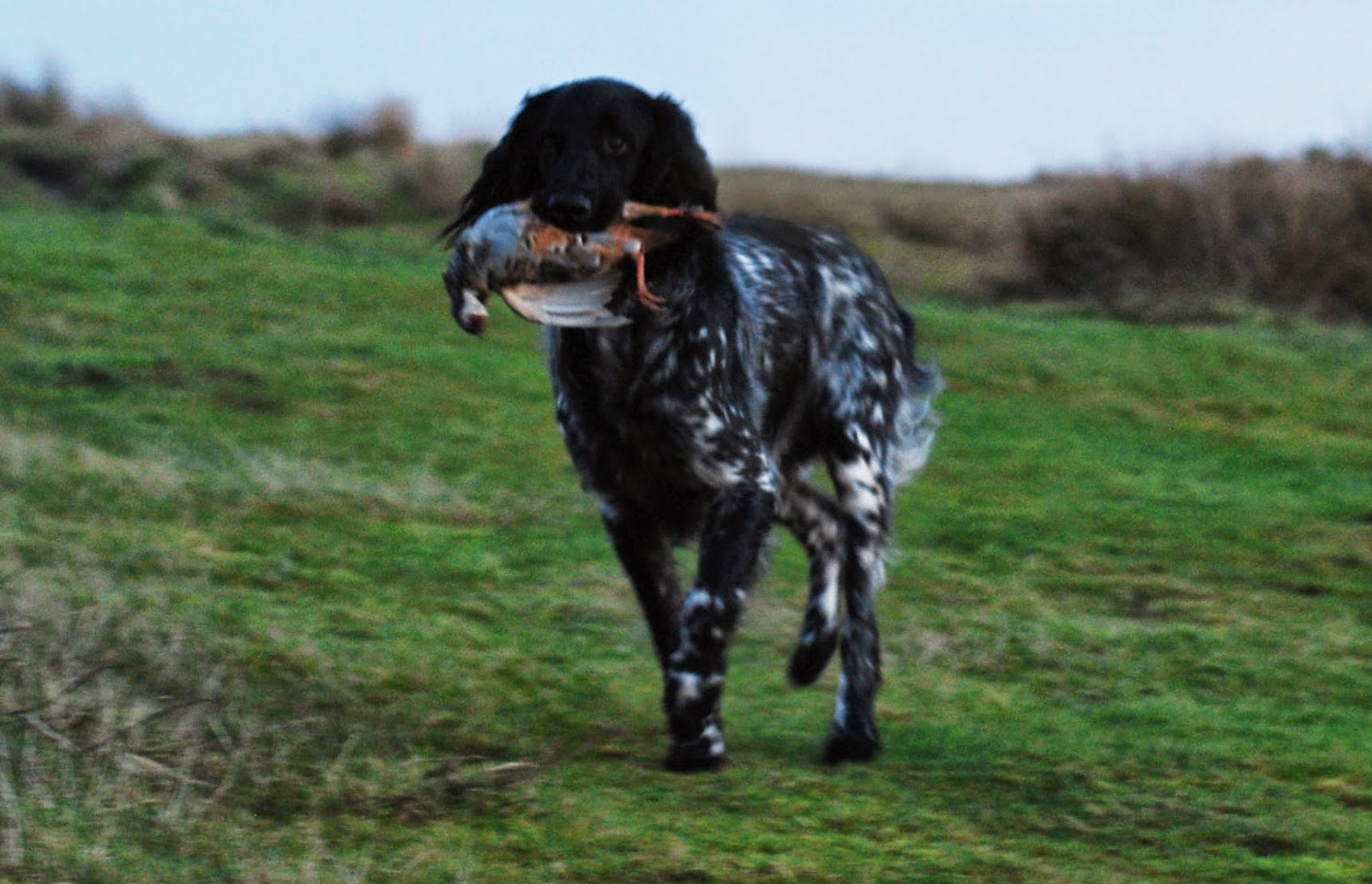 Well what a busy Christmas period!

We had seven people and ten dogs here for Christmas, and all had a great time.  Unfortunately I was ill over the holiday period, but all ran smoothly here due to a fantastic family who all rallied round.

Tilly's pups have all been off to their new families over the last few weeks, with only Pumpkin remaining here a little longer.  All have settled well with their new families and we hope to hear from some of them on here in the future.

2014 was a fabulous year for us here at Seahaven.  We had two dogs achieve Stud Book Numbers, one of each breed.  Yvie (LM - Seahaven Olympic Uthopia) achieved hers at Crufts and has since passed the LMC Natural Aptitude Test and is a busy working gundog this winter.  Cooper (NSDTR - Seahaven's Galatic Storm) gained his at The National Gundog Champ Show this summer.  Both are still young and have so much more to come.

Eve exceeded all of our expectations this year, with a number of good wins and placings in the adult classes and finished the season with a Reserve Best Bitch and then a Best Bitch all before she was two years old.

Trio made such a fabulous comeback after her injury in 2013, being highly placed at champ shows, and winning her only agility competition that she attended in 2014.

A number of the Seahaven dogs have also done well this year, and we have a number again qualified for Crufts including our own dogs Paddockridge Madelaine at Seahaven (Maddie), Seahaven Borrowed Heaven (Trio) and Seahaven Parish Bell (Eve).  We're hoping that they will be joined by LMs Max, Megan and Yvie, and NSDTRs Cooper, Milly and Bron.

Eleanor and Tasha were again selected for the Welsh squad for OJAC, but due to other commitments have declined the offer and hope to make the team next year instead.  Both have qualified for The Welsh Junior Handler of the Year in February. Eleanor will handle Eve for the handling finals at Crufts this year, a fantastic achievement for them.

So going into 2015 looks like it could be an exciting year!

Tilly and Woody's pups will make their debuts in the show ring, and they look so promising at the moment.

Crufts, not just for the showing but a chance to get together with the Seahaven family and friends.

We will again be attending a number of Champ shows over the year and hope to fit in a few agility shows too!

We are hoping for a final litter from Trio (Seahaven Borrowed Heaven) this summer, which will give us our much hoped for youngster to continue the Seahaven LM line.

We are also hoping to have a litter from Eve (Seahaven Parish Bell) later on in the year, she has really matured and we look forward to seeing what she can produce.