Well I think that having a rest from this showing lark, did everyone a world of good!! 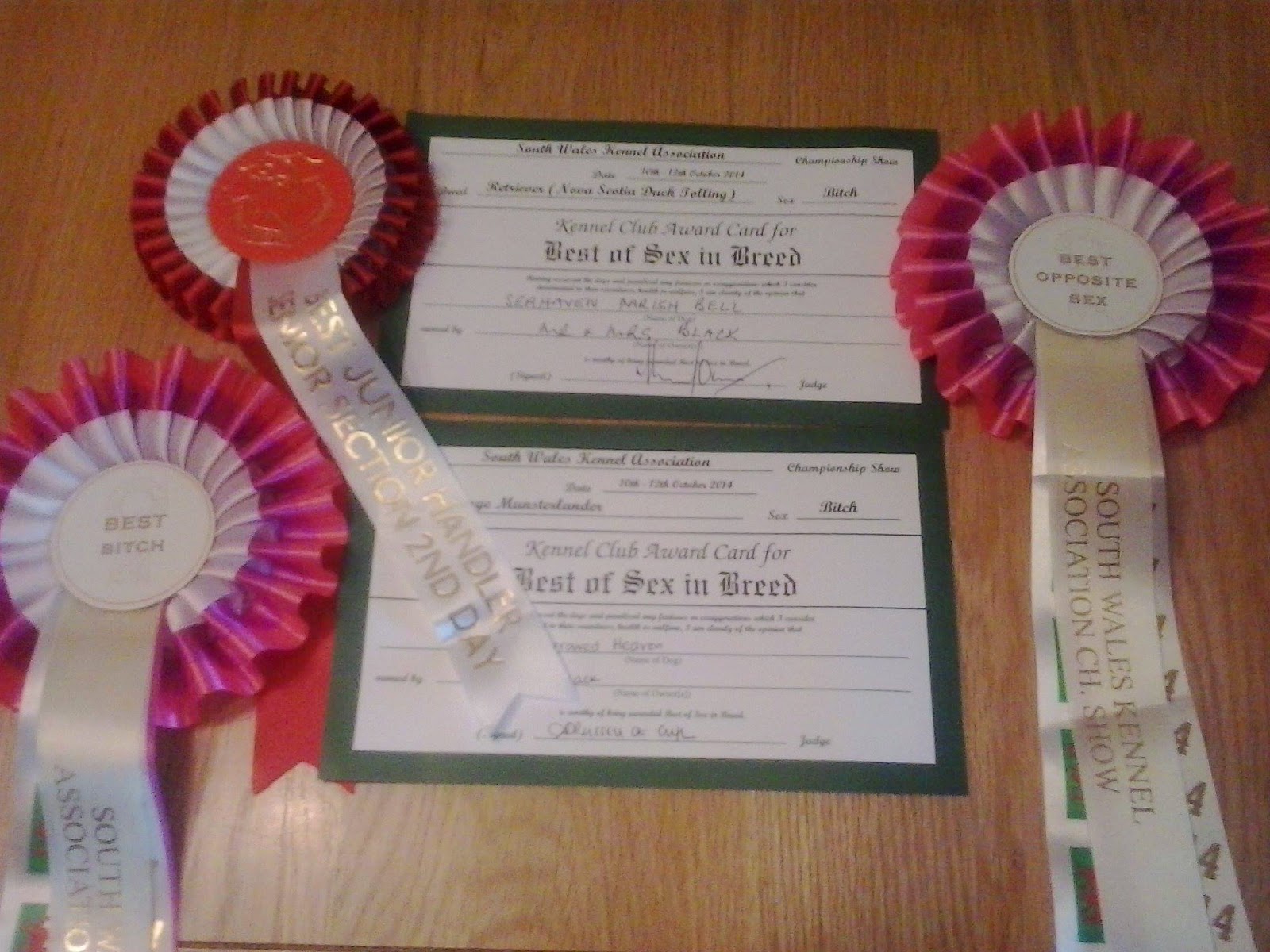 We had only entered two of the dogs, Trio and Eve as we were attending mainly to support the handling classes and give Eve a bit more exposure in the breed ring.

The Royal Welsh Showground in Builth Wells is a fantastic location when the weather is good, however in the torrential rain that we had to endure at the start of the day did test us a bit.  Just walking the dogs into the halls, which wasn't far for us as we were quite early meant that we had to dry and clean the dogs legs and belly's off.

Both breeds were benched in hall 5, thankfully allowing us to stay in the dry to get from each ring, however the handling was in ring 1.  We managed to find the driest route which meant darting from each hall to the next, with just some short bursts in the wet.  As usual the younger handlers were in the ring first, and this was to be Eleanor's last time competing in the 6-11 year age category.  She worked Eve really well and managed a well deserved 2nd place.  Tasha was in next, and she has found the transition into the older age category hard work with the seasoned older competitors proving hard to beat.  She really held her own, and Trio worked like a star for her throughout the class.  She was delighted to be pulled in first, her first 1st in a champ show handling class in this age category. 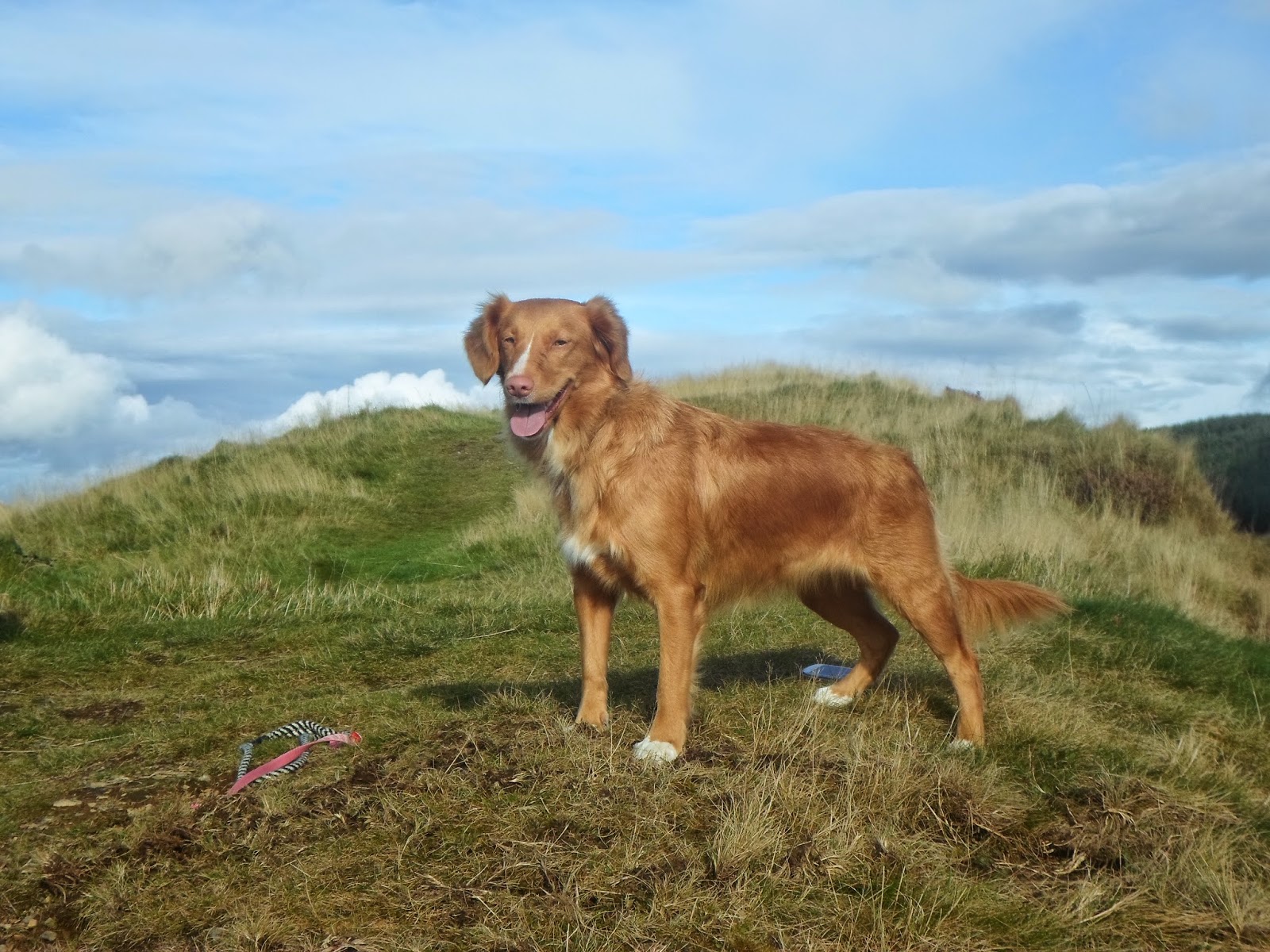 We didn't think that anything could better these results, and with a quick break for some lunch we got ready for the breed judging.

Fist in were the tollers, with only Eve supporting the Seahaven's for a change.  Eleanor handled Eve to win Post Grad Bitch, thus qualifying for the bitch challenge.  She then delighted us all by winning Best Bitch and had to go forward to Best of Breed, Eleanor worked her really well but Vinnie won this.  Not bad for a youngster who isn't yet 2!!

Sadly not a great entry for LMs, but Trio won Best Bitch as well!!  Didn't work quite as well as she had in the morning, so really didn't expect her to do much in Best of Breed which went to the dog (Celtaur Lake Geneva). 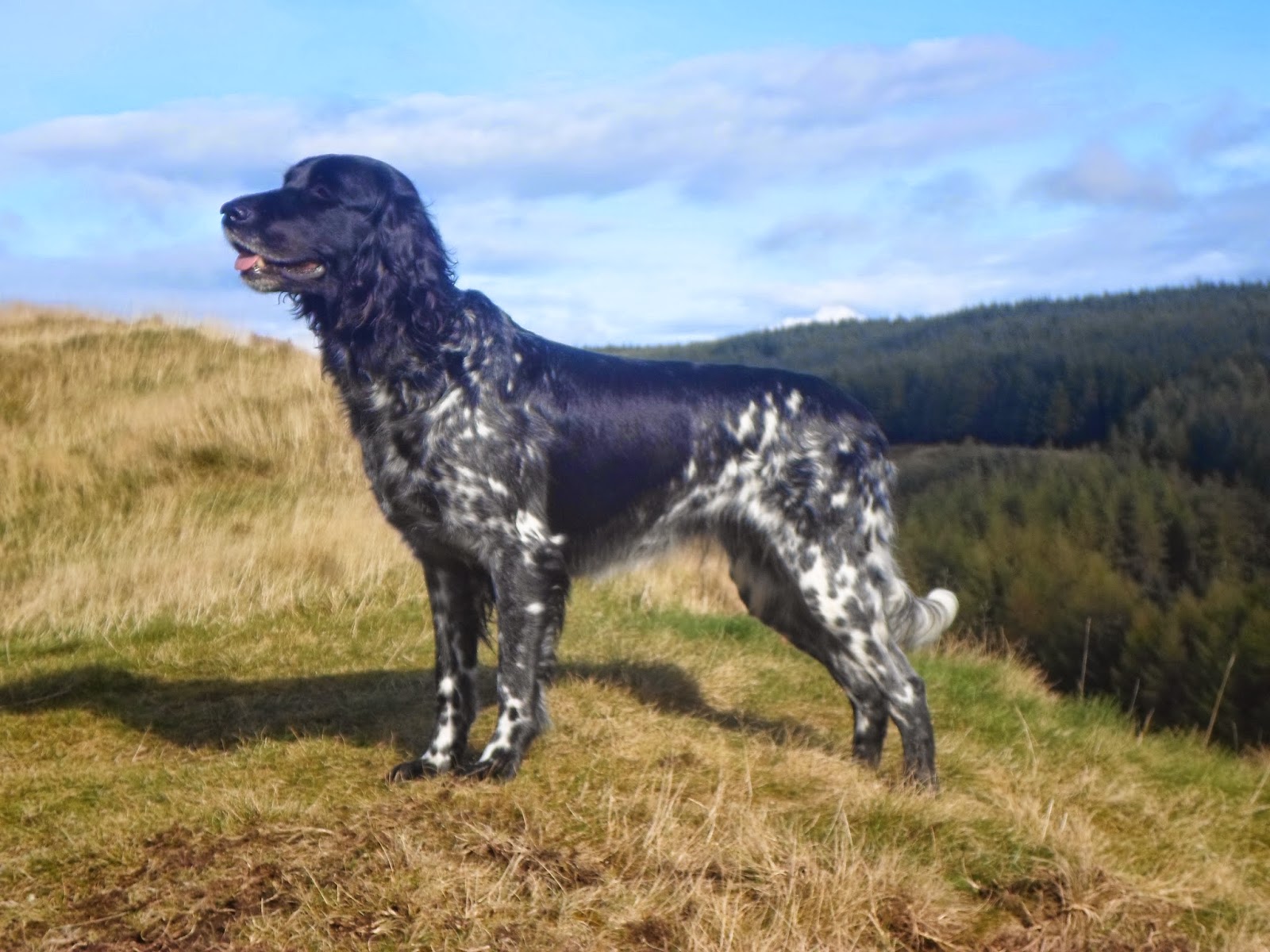 We stopped on the way home as the weather had now improved and took the dogs for a run up the Sugar Loaf with the girls.  We managed to get some nice pictures, and a really funny one of Eve flying her ears!! 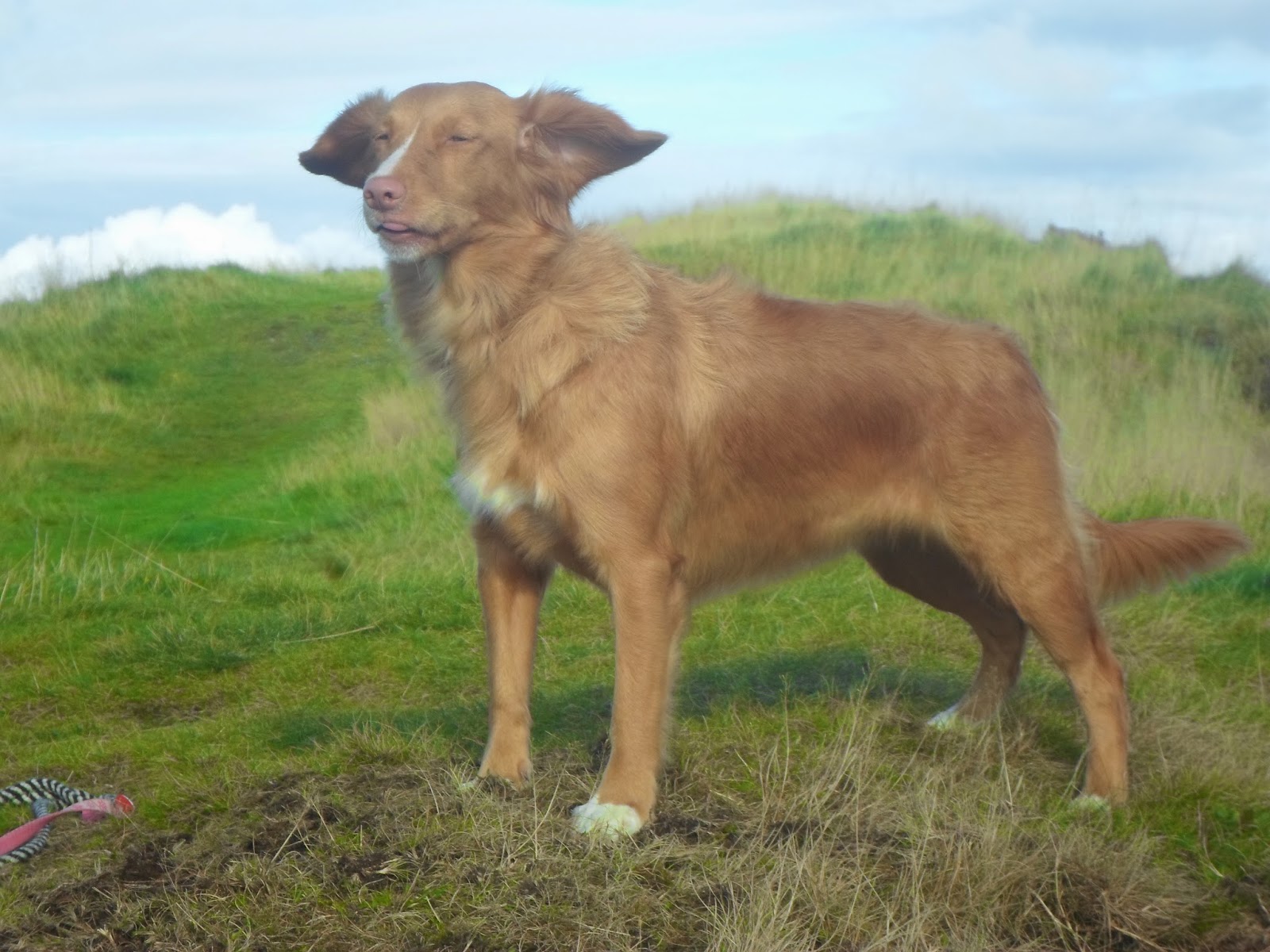 Some Work and Lots of Play

Rookie and I have been such busy bees lately. Dogsitting three lovely labs, including Alfie who Rookie has shared many tender moments with. They are inseparable. Wrestling one minute, cuddled up kissing the next. Just love them! 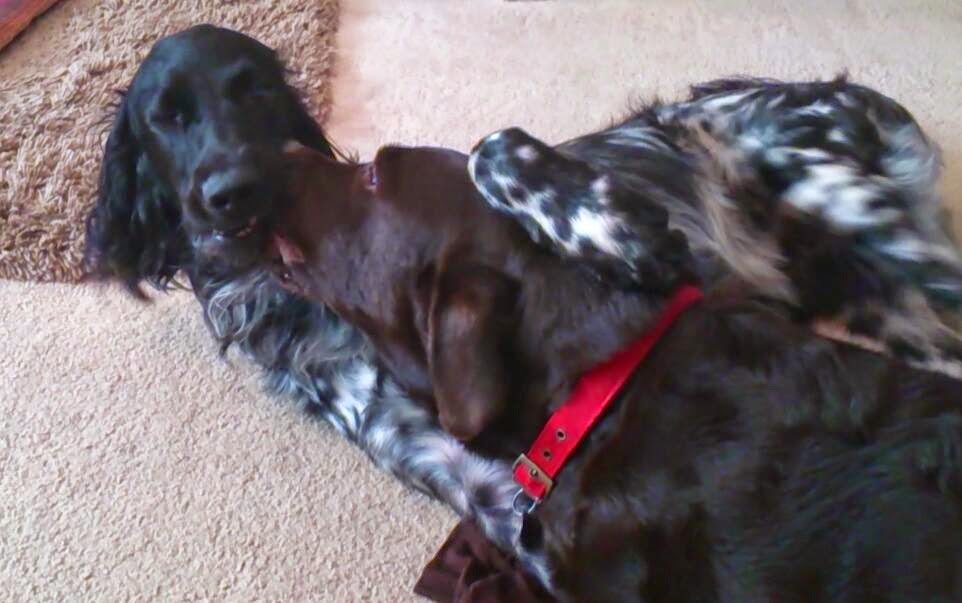 We attended CGC open show; he was a good boy and won LM Open and BOB. 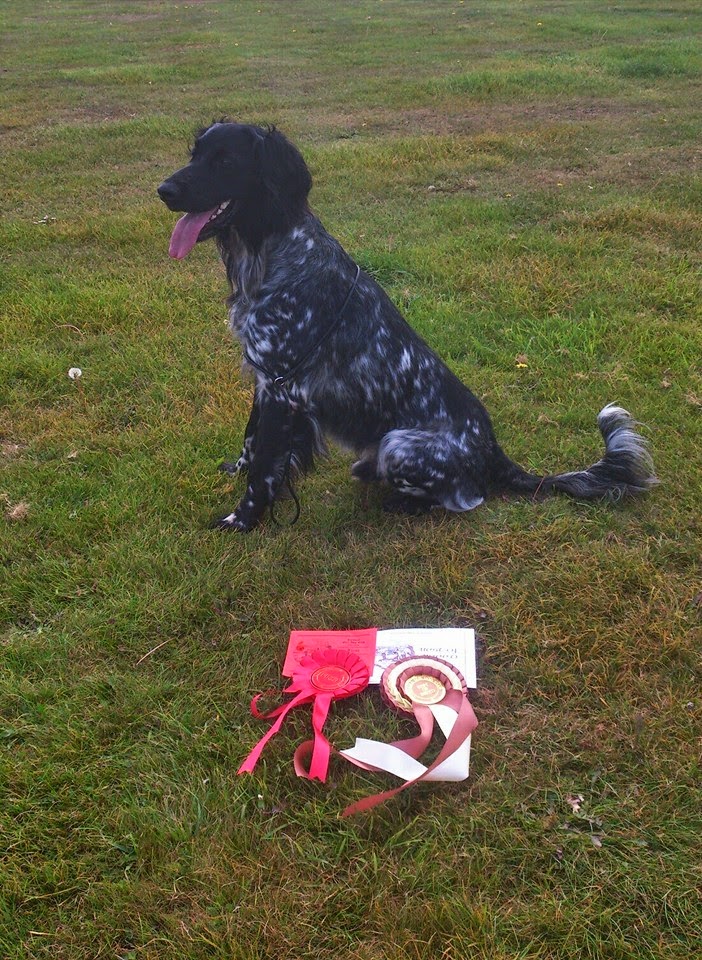 Our training is coming along, we only have one obedience show left this year though, but it’s been a fab season, Rookie has come on in leaps and bounds and we’ve had so many lovely comments on our rounds. Excited about next year! 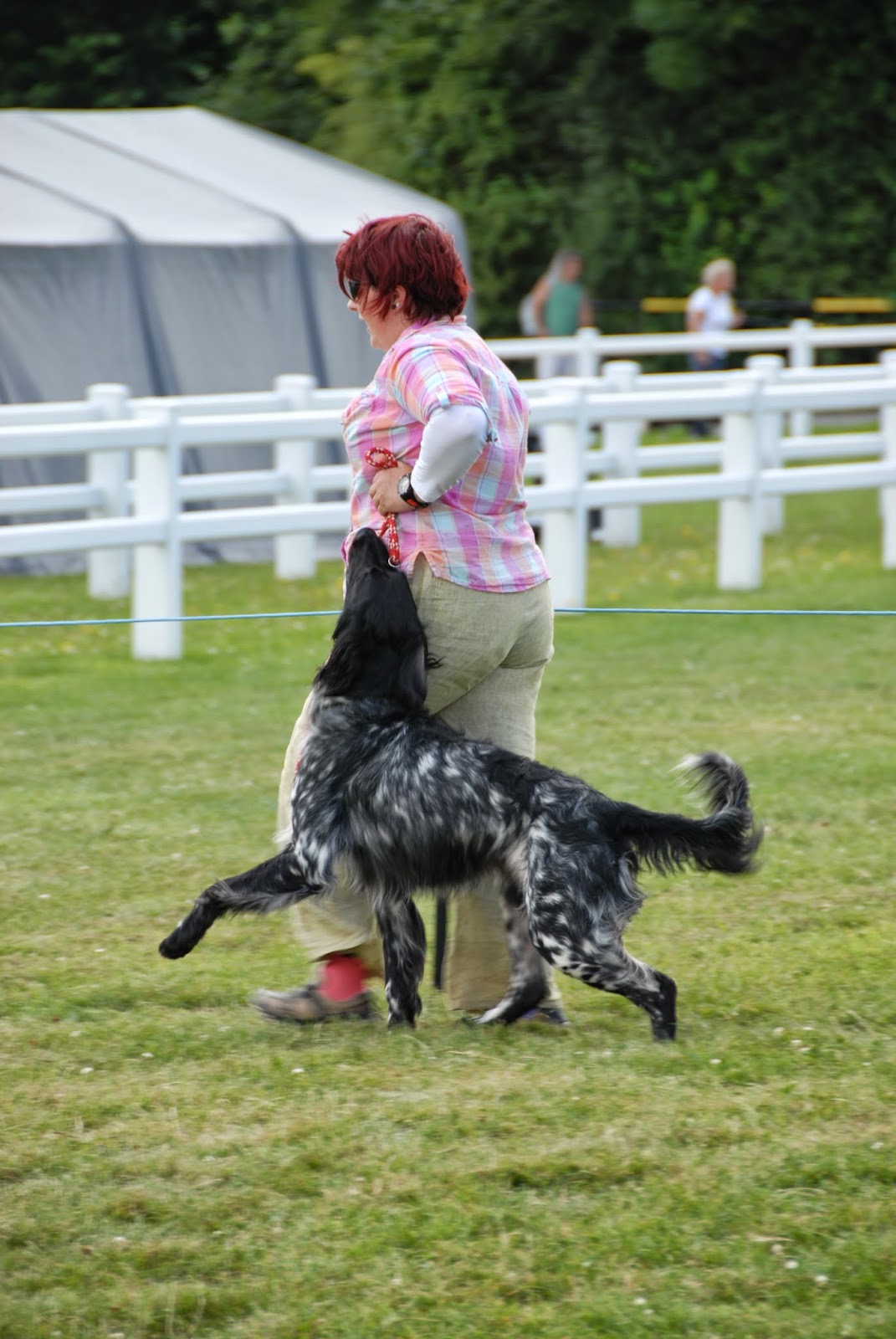 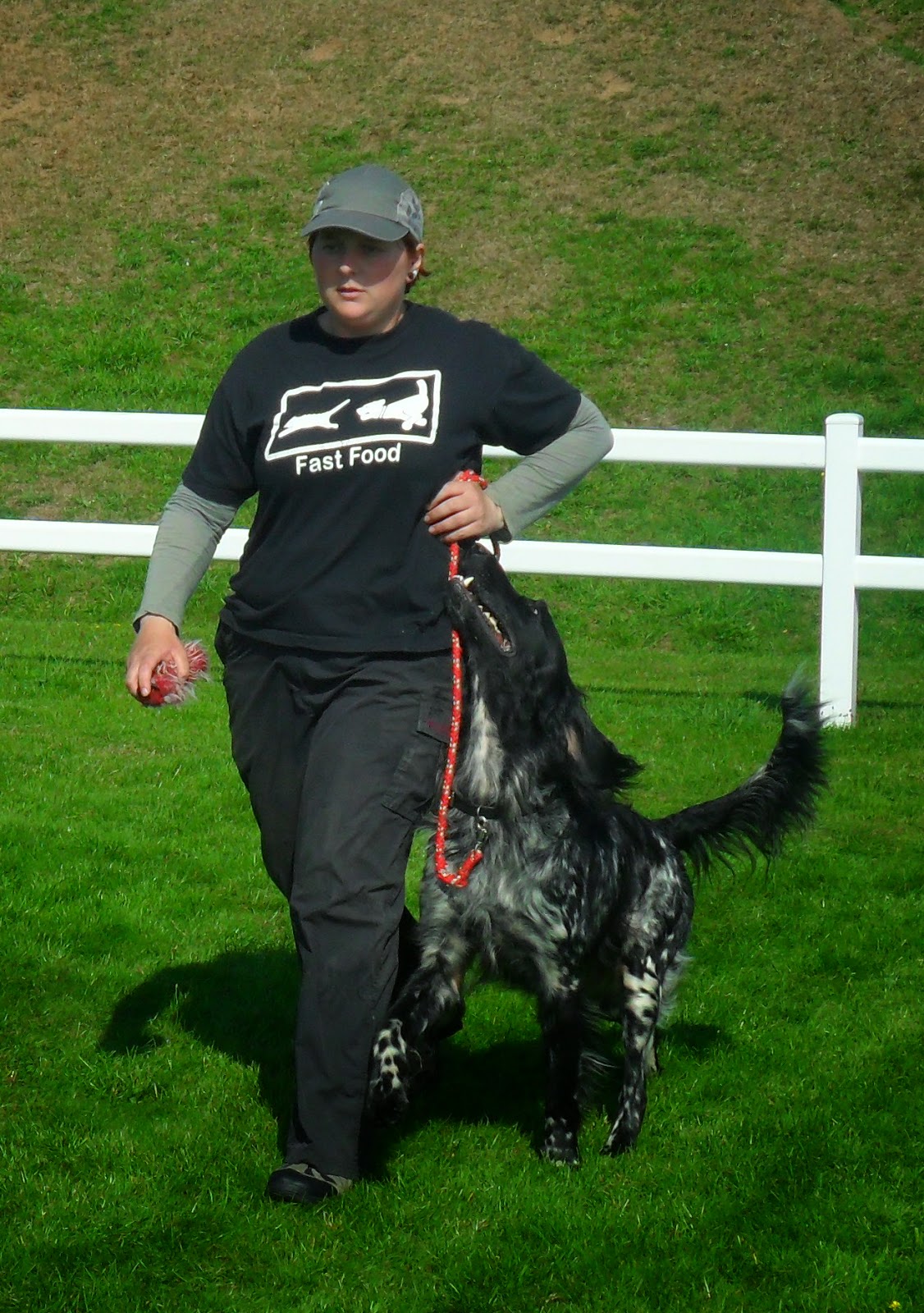 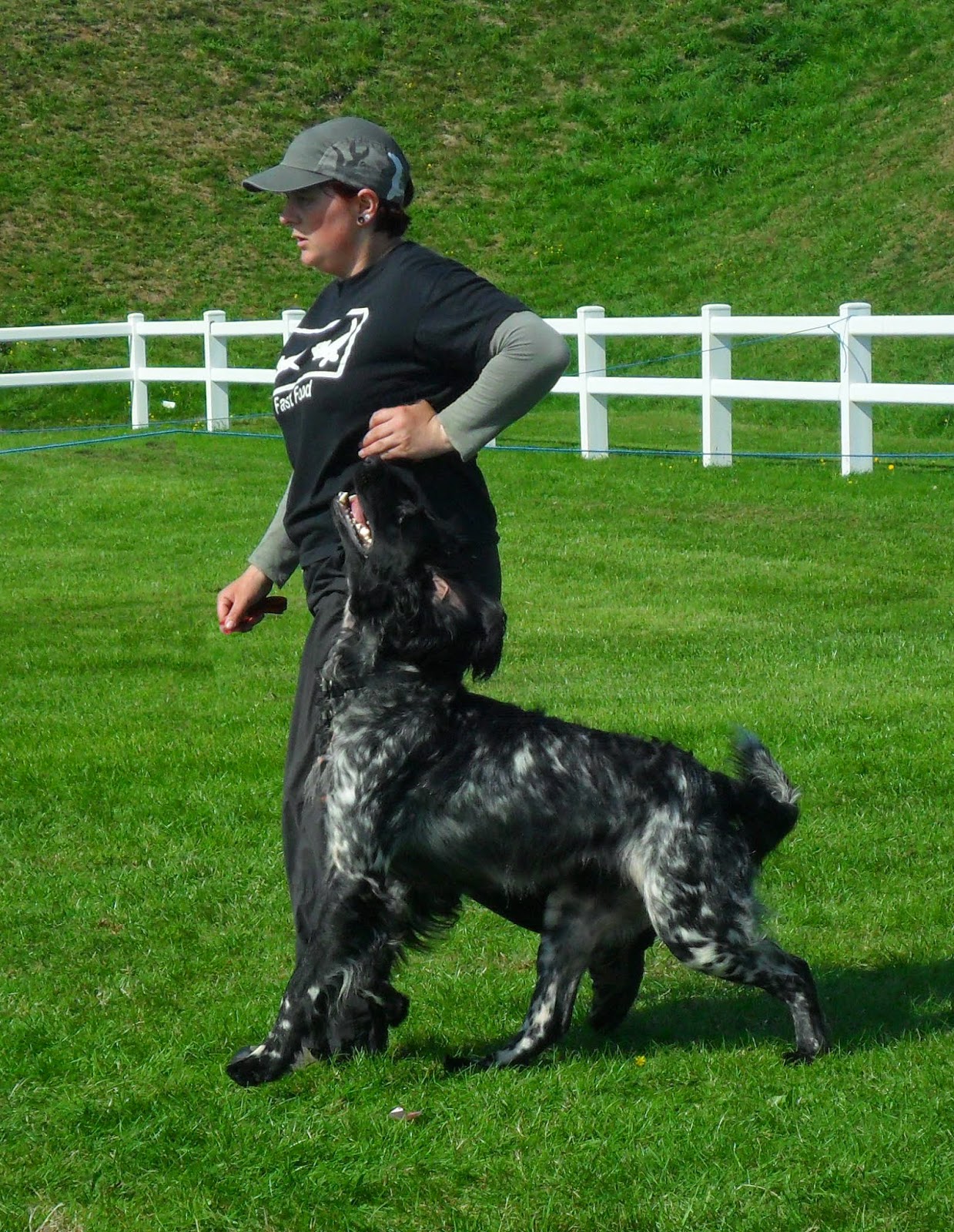 Trials training is also going well, but nothing much new to report on. 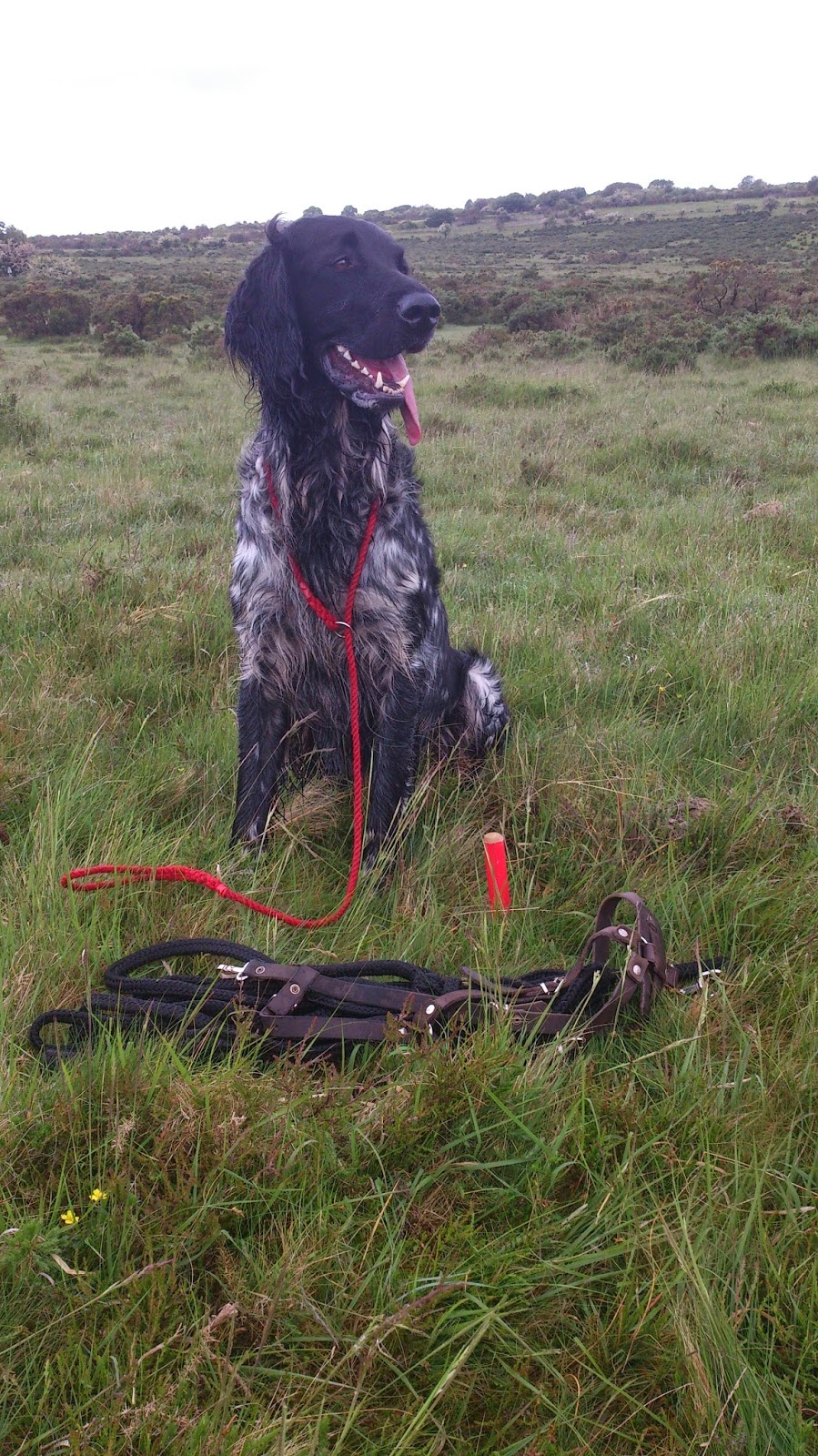 Here’s a video of a working trials sendaway at 100 yards to a tissue caught on the fence (sorry about my voice :p ).

We've been hitting the care home as well, entertaining the residents! 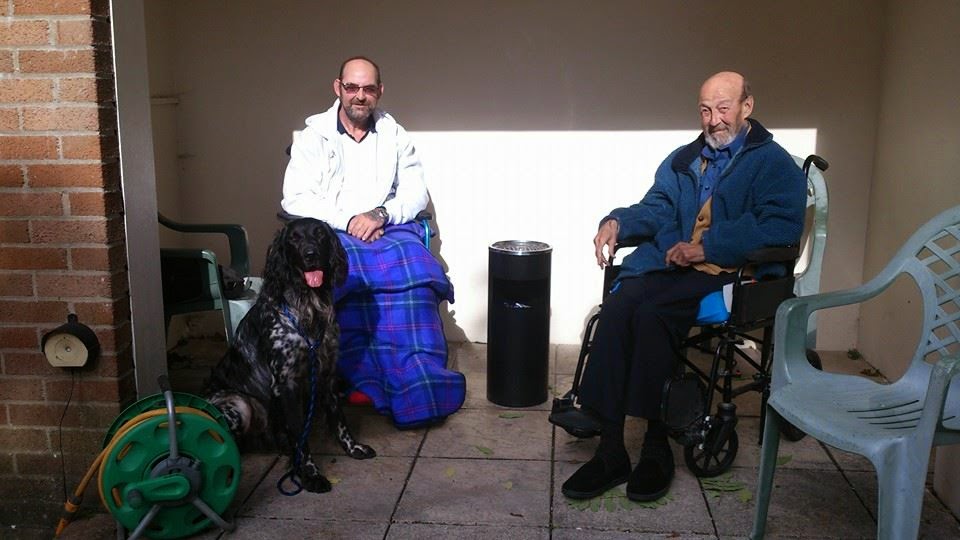 And I also managed to get some photos of him on some pheasants this weekend, doing the gundog thing. Multi-talented dogs these munsters!! 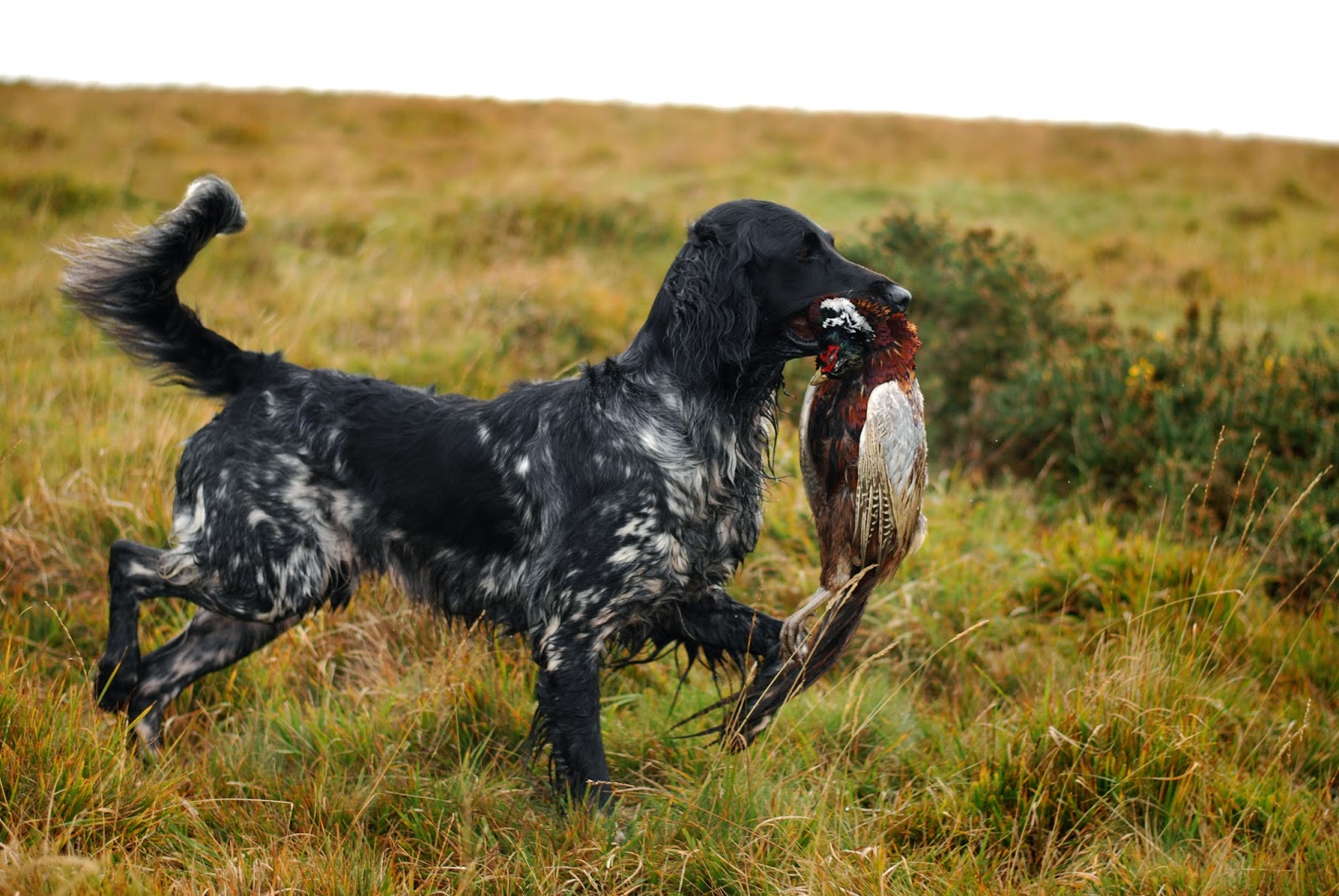 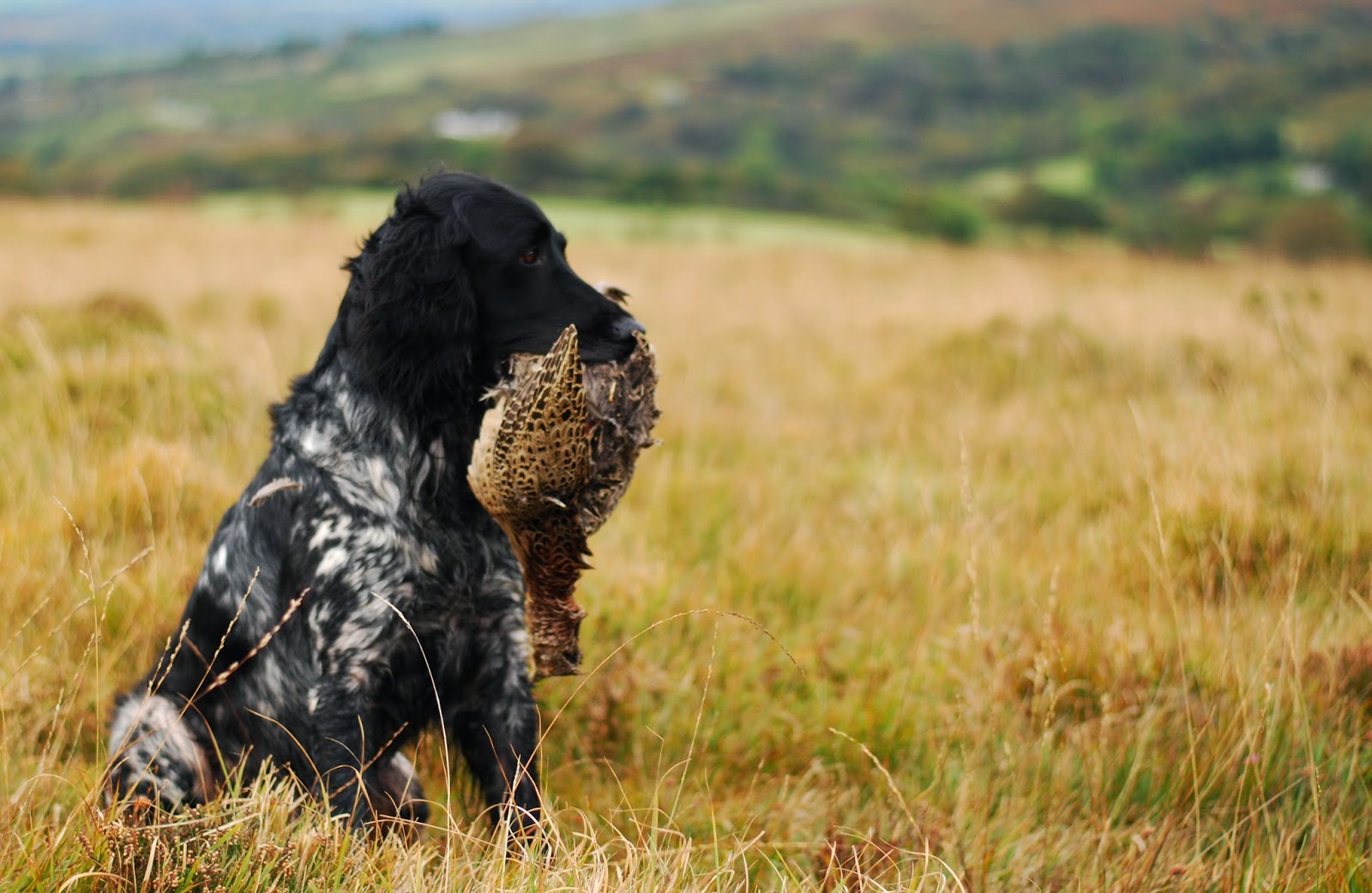 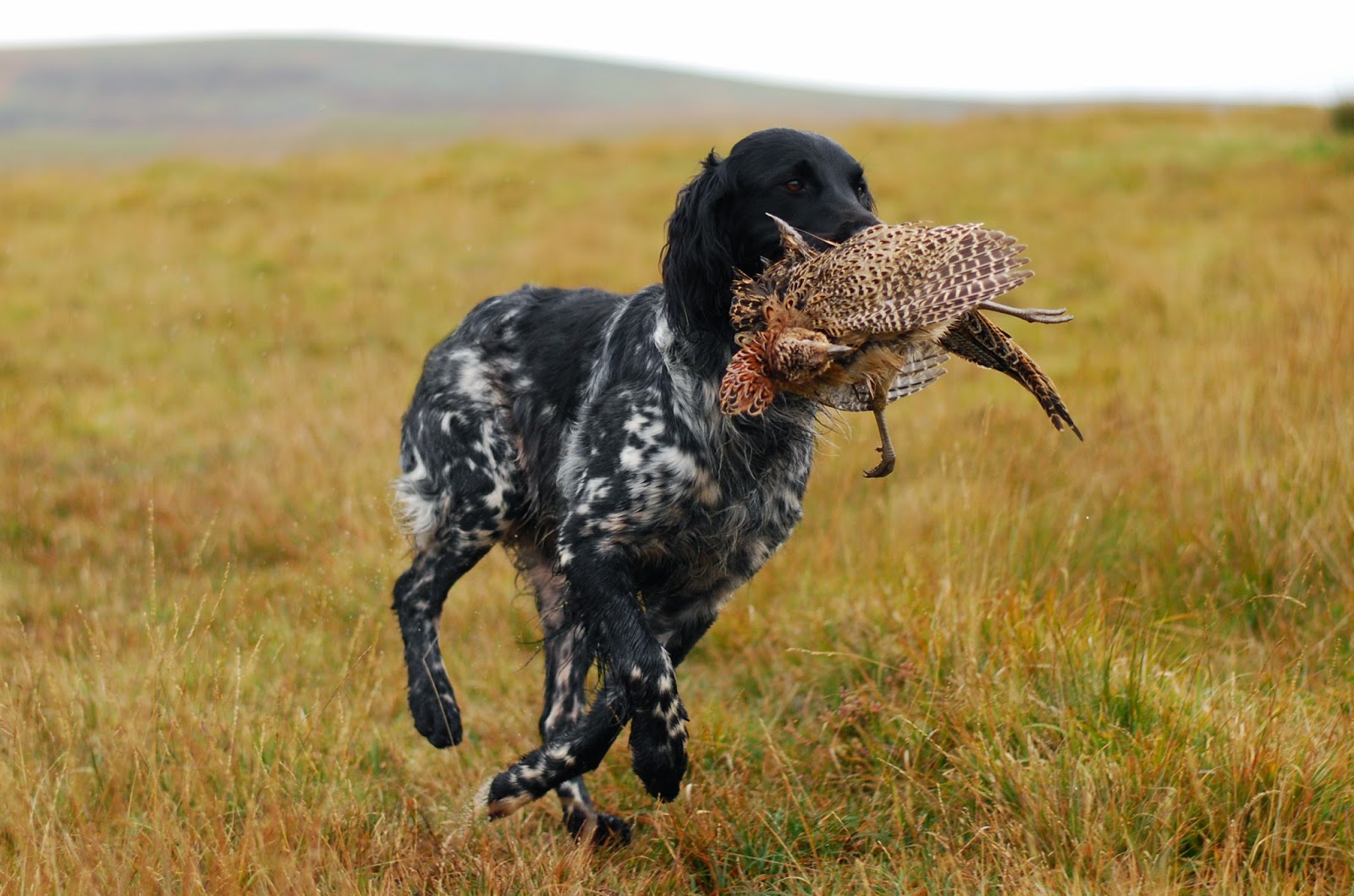 Life is good for a munster! :)

Posted by obemunster at 18:49 No comments:

Can't believe how long it has been since we last posted!  We haven't had any shows lately, and with the children settling back into school the weeks have rolled by.  We do have bits of news, and as usual we have continued to be out and about for walks, these have been really lovely with the weather being so good and the area much quieter as there are less holiday makers about.

Morry/Max was waved off to his new family last month, we kept the news quiet as we wanted to make sure that he settled in well with no problems.  Well the news is positive and he's quickly become part of the furniture and leading a very quiet life which is suiting him down to the ground.

Tilly came into season and although we haven't yet had her scanned it is looking increasingly likely that she is indeed in whelp.  We are keeping our fingers crossed that this is correct and that she produces some gorgeous puppies at the beginning of Nov. 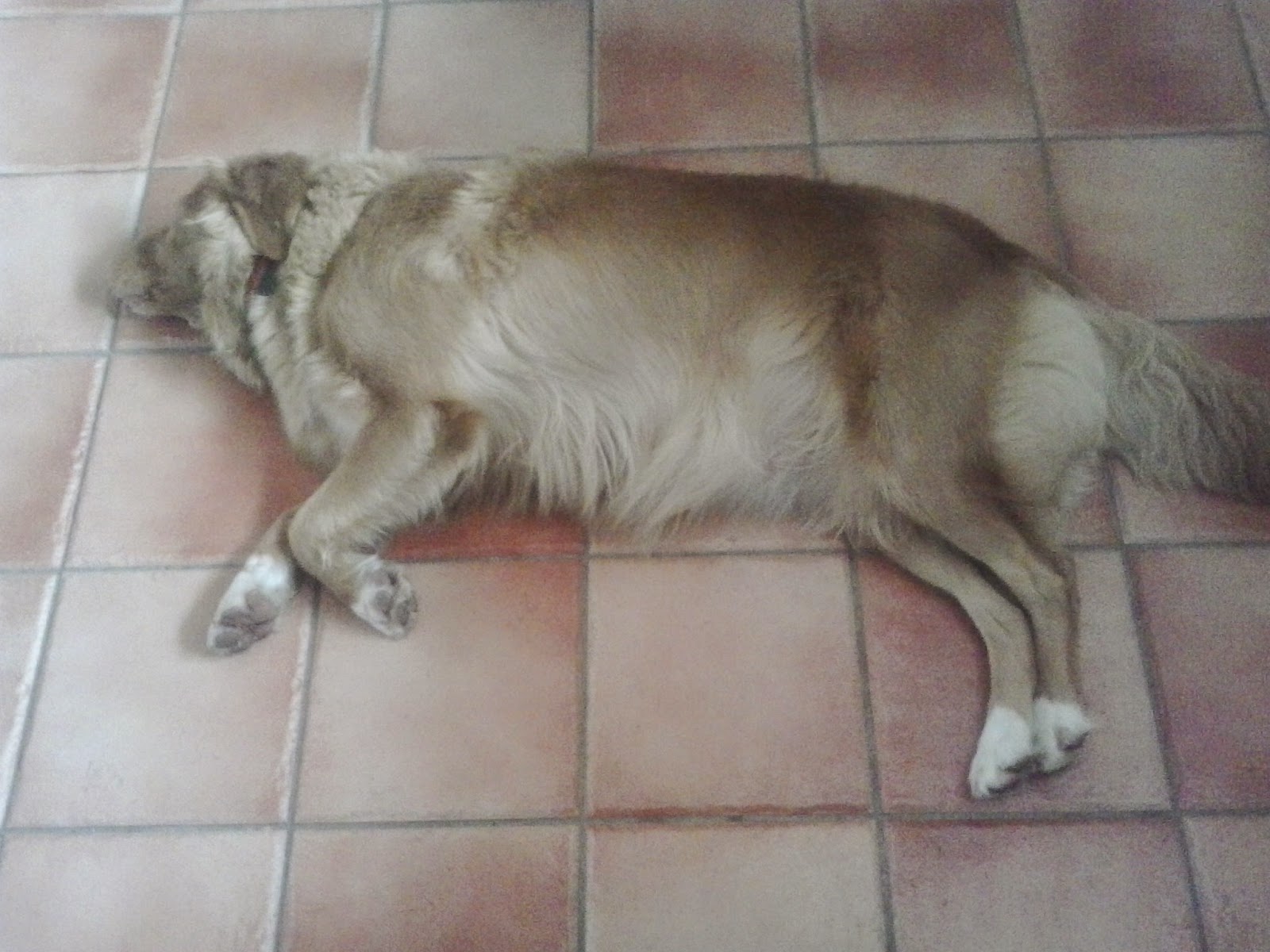 Maddie has now been spayed, this a procedure that was planned for her this year and we were just waiting for the right time for her and us.  The decision was made for us when she developed the serious condition pyometra and she was spayed last Monday.  She is really bouncing back, which is quite remarkable and we're obviously thrilled to have our 'mad Maddie' back with us.

﻿﻿ We are hoping that Trio will come into season with Eve, she has always followed Maddie's seasons but alternatively.  Now that Maddie has been spayed that won't be the case so were hoping that she will fall in with Eve who is showing signs that she may come in season in the near future.