Lyric is growing like a weed!  She is an absolute joy, cheeky and full of mischief and munster character.  She is now 4 months, weighing 16.6 kg and is 48 cm to the shoulder.

She has started to attend ringcraft training, attending each week.  She enjoys it and is coming along nicely, the movement part is going better than the stacking, but this will come in time.

She is coming on some short walks with a partner in crime to keep her company, but we're trying to do as much work with her on her own.  Walks are quite short as she is still growing and developing, and she loves going out and about in the car.

Socialising is going well, today she's spent some time in an animal charity shop (most are more than happy to allow dogs in) where she was spoilt rotten being offered lots of treats and attention.  She even picked a hedgehog toy to bring home, We finished off in Pets at Home where she had the opportunity to observe the rabbits and Deigo's and we picked up a new clicker.

We haven't been to any shows in ages, but have been having lots of lovely (very muddy!) walks.  We will return to the show scene with Welsh Junior, and then Crufts.  Lyric will then be old enough too, so a fun filled 2016 ahead. 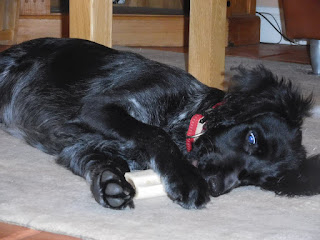 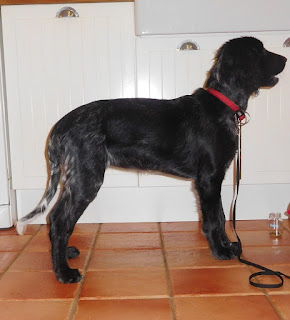 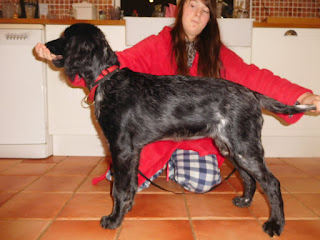 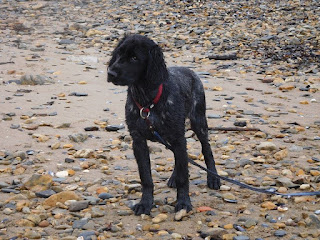 Apologies for not updating for some time, there really haven't been enough hours in the day, or days in the week. And it seems I have to have eyes in the back of my head!!  In order to continue I've just had to mop up the mess from the water bowl as Lyric has been paddling in it - hopefully a number of toys got out of the toy box might keep her busy for a few mins.

However, it's been a busy, but enjoyable time her with Christmas. The weather hasn't been kind to us this lately, but we've not suffered as some have.  Having to mop the floor constantly really doesn't compare with what others are having to cope with.  The dogs have been loving the wet muddy weather and are so much more suited to staying upright than their two legged family.

2015 has been a bit of a rollercoaster year for us all here, but we've had some fabulous hightlights and have Lyric to keep us busy in 2016.  All of the dogs (with the exception of Lyric who is too young) have qualified for Crufts again, along with others from the Seahaven family. Every Seahaven dog that has been shown has qualified which is such an achievement.

Rookie and Yvie have also been busy with gundog work too.

In addition to this Eve gained her Stud Book Number, such a proud moment for us all but especially for Eleanor.  Megane (Seahaven Celtic Cariad) became a cover modelling for the Harringtons calendar, what a star! girlWe've managed to meet up with a number of the Seahaven family throughout the year, and have been truly overwhelmed with the kindness & support that we received with Trio's litter in August.

Wishing you all health and happiness for 2016 xx